Culebra is Puerto Rico’s little gem off the east coast with some of the world’s most stunning beaches and a fun relaxed pace. Are you looking for beautiful, idyllic beaches, yet laid back, sans designer store, and barely touched the Caribbean? Good, this is the place for you.

Sitting in between Puerto Rico and St Thomas, Culebra is geographically speaking a part of the Spanish Virgin Islands. Though Culebra translates out to snake island, the island is also nicknamed Última Virgen, meaning the last virgin.

Looking for more in Puerto Rico? Check out Cabo Rojo

Culebra is officially part of Puerto Rico, and therefore, part of the US. You will most likely be arriving from the island of Puerto Rico. US citizens only need a driver’s license/state ID card and foreigners will, of course, need to enter using a passport.

You can arrive to Culebra by flight or by ferry. Due to the frequent breakdowns of ferries that leave people stranded and difficulty in purchasing tickets I strongly recommend spending the money to take the flight to avoid the upset and headaches.

The ferry takes about 60-90 minutes (depending on the ship) to travel between Puerto Rico and Culebra. This is the cheapest option, but the ferry comes with a few caveats.

Ferries used to depart from Fajardo, but since 2018 have been departing from Ceiba according to friends in Puerto Rico. Tickets can be purchased at the ferry terminal office in Ceiba for about $2.50 one way or $5 roundtrip (plus plan to pay 0.60¢ per day for parking), however, many times the ferry is completely sold out (also worth noting is that residents of Culebra and Puerto Rico have priority over tourists on tickets) and it’s quite common for some of the ferries to be broken down and not in service.

I would advise booking your tickets in advance ar Porferry to (hopefully) avoid any headaches.  If you are combining a visit to Culebra with Vieques you can also take the ferry between Vieques and Culebra as well.

The sea can be notoriously rough between Puerto Rico and Culebra, so if you are prone to sea-sickness I would try to avoid the ferry, or at least prepare yourself for the worst. I also do not recommend the ferry for those on tight schedules as you should expect hiccups getting to/from Culebra.

Ceiba is the cheapest option as it is lies on Puerto Rico’s east coast. The flight lasts about 15-20 minutes and will set you back $99 roundtrip. Expect to pay a little more from Isla Grande.

Being part of the USA the currency is, of course, the US dollar.

There is one ATM on the Island at the Banco Popular in Dewey near where the ferries dock. Otherwise, just stock up on cash before leaving Puerto Rico. Cash is still the favored form of payment here, however, several grocers, shops and restaurants around Dewey accept Visa and Mastercard.

Tipping at restaurants is expected just like anywhere else in the USA. 15% is the norm.

The lines can be a little blurred here. You can spend a lot and live a little more luxuriously or you can kick around on the backpacker budget, though not quite as dirt cheap as you’ll find in Southeast Asia or Central America.

Considering that this is the Caribbean and the natural beauty of some of the beaches Culebra really is a bargain for what you get. From tent camping to lovely villas, walk or cycle the island or rent a golf cart…. you have plenty of options here that will fit most any budget.

You have a plethora of options here considering just how small the island is.

Your cheapest bet will be camping on Flamenco Beach. Camp slots are $20 per night with up to 6 people allowed to stay at each site. There are restrooms available albeit online reports say they’re pretty dismal.

If you don’t have your own camping gear don’t sweat it, gear can be rented nearby. As well as there are a few food kiosks just in a little way from the beach (trust me, you can’t miss them). Want more info on camping in Culebra? Check out Camping Culebra.

There are also several Airbnb listings around Culebra, you can shop them here.

There are several small shops and grocery stores around the island where food and alcohol can be purchased if you’re trying to save. Expect similar prices to what you pay in Puerto Rico.

There are also several restaurants and bars around the island, expect to find dishes priced between $3 on up to $25 or more. There are prices to fit most budgets around in Culebra.

Cheaper options can be found at Zaco’s Tacos, El Panino, and Tiki Grill. Personally, I think my favorite dish I sat down to in Culebra was at the Krusty Krab, the grouper there is perfect.

From my experience on Culebra, I personally recommend renting a golf cart from either Carlos Jeep Rental or Jerry’s Jeep Rental. A golf cart will run you about $45/day. You can’t beat having the wind whip through your hair, plus it’s a blast. Jerry’s also rents scooters for the same price per day.

The most expensive option is renting a full-on jeep from either of the aforementioned rental companies. Expect to pay $70+/day.

Official public transit doesn’t really exist here. There are Publicos around the island operate as taxis, expect to pay $3-5 depending on the length of the journey.

What To See & Do On Culebra

Beaches, beaches, and more beaches. Of course, catching a nice sunset, snorkeling among some pretty pristine corals, and kicking back are going to be the most popular.

The roughly 30 square kilometer island is home to about 1,800 residents, with Dewey being the main town on the island. This is where your main concentration of shops, hotels, restaurants, bars, and the ferry terminal are located. It’s fairly small, so no need to worry about getting yourself too lost here. For those traveling in by air, the airport is located just slightly north from Dewey.

Flamenco Beach is regularly ranked as one of the top 10 beaches in the world. A long strip of sugary white sand with turquoise crystal clear waters lapping at its shores.

A main draw is checking out the tank further down the beach. It’s been covered in colorful graffiti and is a must-see if you end up out here.

The US navy used to use Culebra as a bombing and gunnery practice site and were eventually chased out, and this a remnant. There is also another tank hidden back in the trees off the beach as well.

You can camp a little back from the beach, find out more here.

A nice, normally fairly quiet beach on the eastern side of the island. On a clear day, you can see clear over to St. Thomas. But don’t worry if you don’t have perfectly clear skies, you’ll still be able to take in views of nearby Cayo Norte and Isla Culebrita.

Isla Culebrita can be reached by renting a private boat (will run you about $150-200 for the day). If you think the beaches back in Culebra are quiet, these are barely touched. You may have it to yourself.

Going to the USVI too? Plan your visit to Trunk Bay, St. John

Both on the west coast, nearly right next to each other and usually pretty calm. Perfectly situated for a great sunset. Bring your bug spray, the sand fleas come out in full force at dusk.

Parallel park your golf cart on one of the roads and walk around Culebra’s compact little town. A number of shops, restaurants, and bars are all located along the main streets here.

Stroll into a dive shop in Dewey and you can easily set up a trip, or if you have your own snorkel gear you can venture out from your chosen beach. Don’t worry if you’re a meticulous planner- you can book snorkeling trips in advance here. There are plenty of good places to snorkel- check out that map earlier in the post for dive sites.

Culebra is super safe, even at night. Head down to any of the beaches and listen to the waves crash ashore and gaze up at the night sky. Flamenco is a great option for a nighttime visit as it’s far enough away from Dewey that there’s not tons of light pollution. You’ll probably even run into some families out camping and some fisherman.

If you only have a day to spare on your trip to Puerto Rico and want to see Culebra, a great option for you is to take a catamaran day trip from Fajardo. These types of tours will set you back about $120 For a visit to Flamenco as well as other beaches on the island, snorkeling, and lunch.

Culebra is generally a pretty safe place. Just use usual precautions and you can avoid most unfavorable situations.

Mosquitos and roosters are about the only two nuisances around the island. Mosquitos can carry Dengue out on Culebra, so make sure to bring bug spray. Zika is present in Puerto Rico in general as well.

Roosters mostly will wake you crowing at the morning sun, but sometimes they can be a little aggressive and steal food right off your plate at a restaurant (I witnessed it).

Most US carriers will work and coverage falls under your US plan. Wifi is available at most hotels.

Have Any Questions About Traveling Culebra?

Ask in the comments sections below!

More Posts from Puerto Rico and the Caribbean: 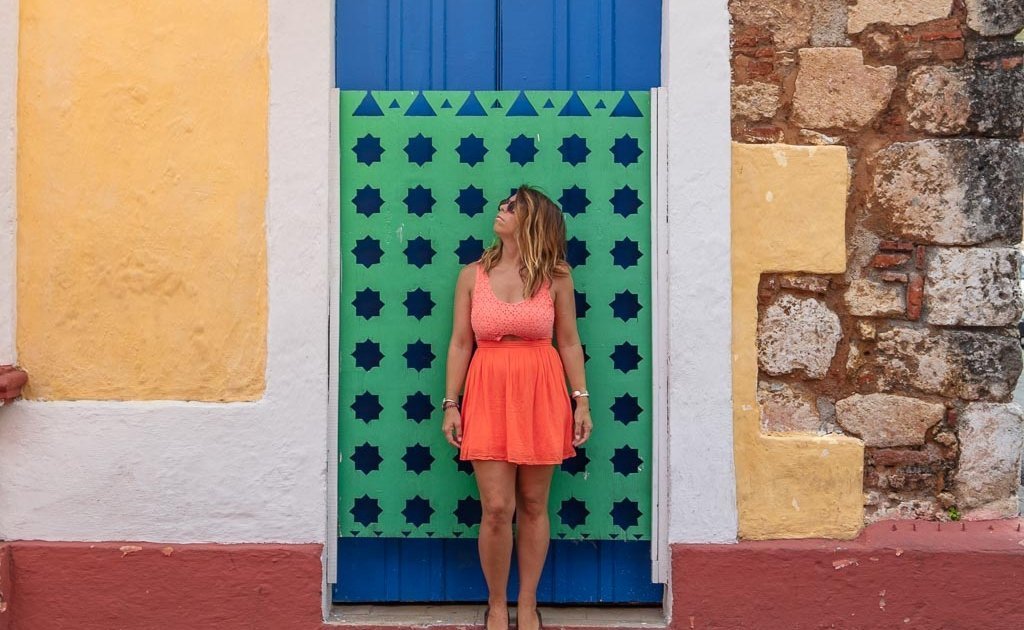 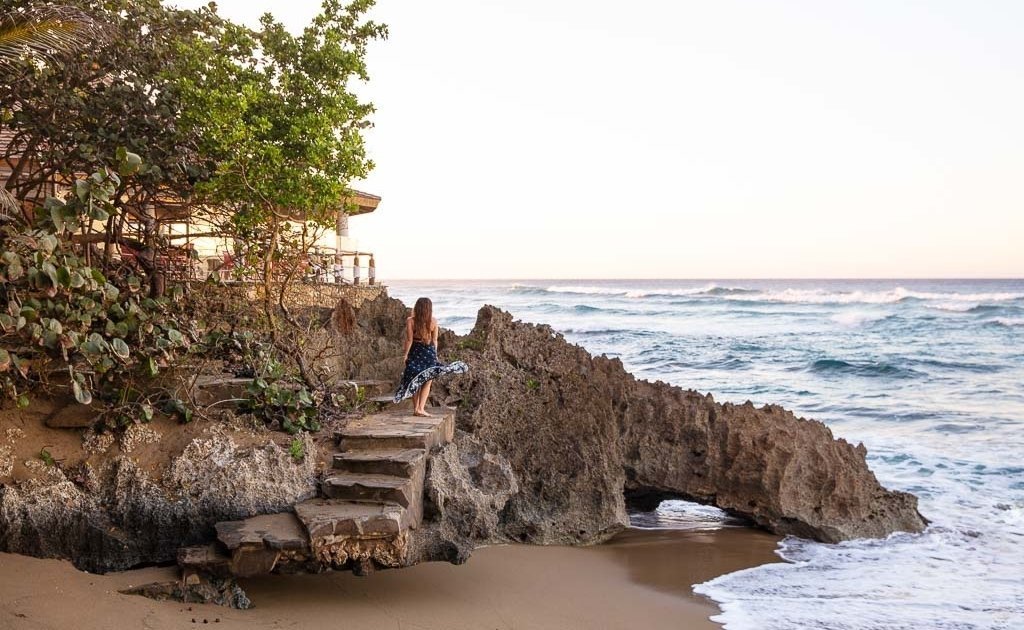 The 16 Best Things To Do In Puerto Plata, Dominican Republic 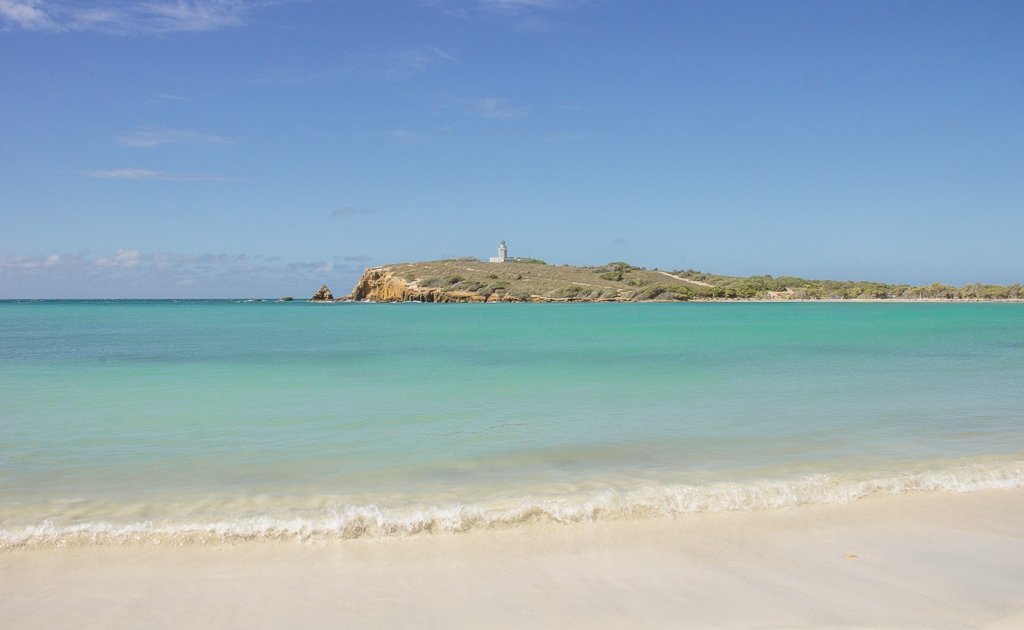 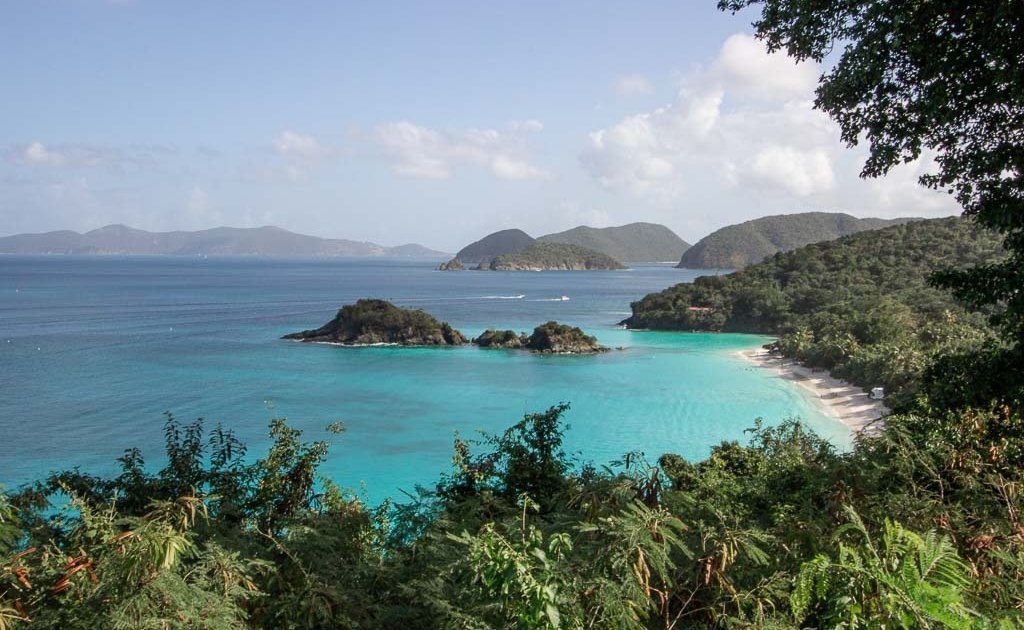 How To Visit Trunk Bay From St Thomas 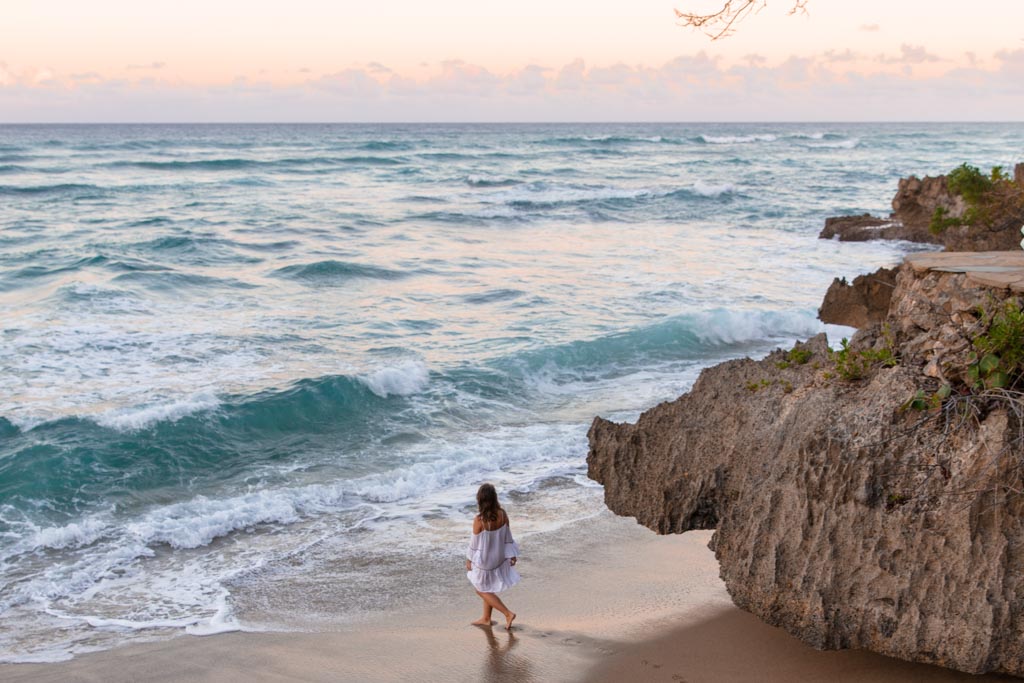 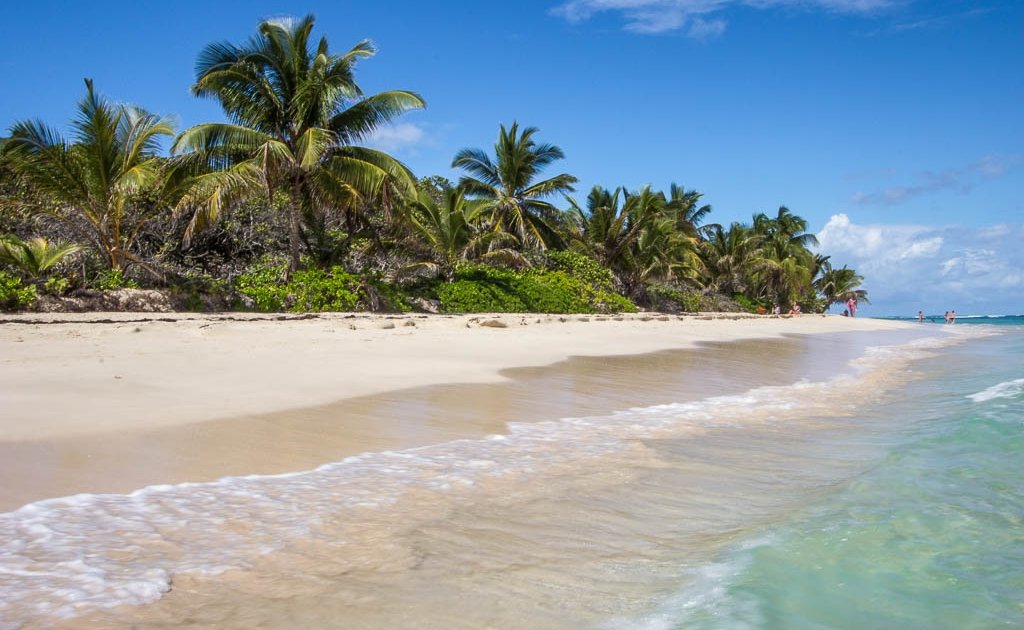 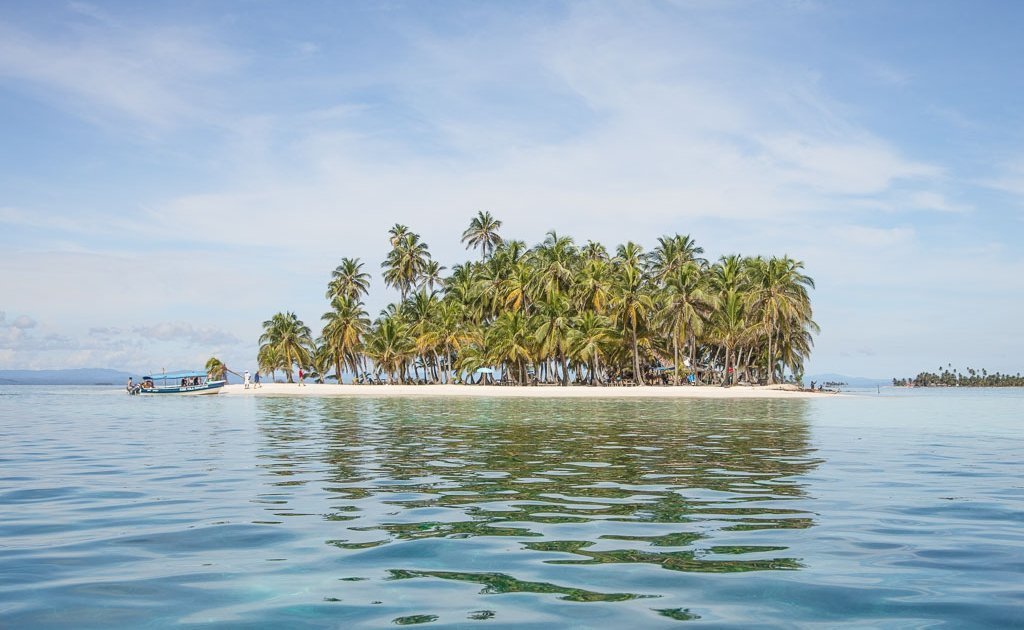