What it was like to Travel as a Woman in Afghanistan

Updated February 2021, What it was like to Travel as a Woman in Afghanistan was originally written in December 2018

These experiences as a woman traveler in Afghanistan are based on my three trips to Afghanistan- One solo to the Wakhan Corridor in 2017, one with my friend Jolie (also a woman) to Kabul, Bamiyan, Mazar e Sharif & Herat in 2018, and yet another trip in 2019 with a small group in tow. This is what it was like to travel in Afghanistan as a woman sans husband/brother/boyfriend/pretend husband.

But why on Earth would I want to travel to Afghanistan, one of the hardest places to be a woman, not once, not twice, but three times? Well, trip one was like trying heroin the first time- immediately addicted (okay, I can’t say for sure because I haven’t tried heroin, but I hear it’s pretty addictive). I knew I’d be back from more. And trip two didn’t help my problem because I’m planning to return yet again.

So before I get carried away on some other tangent- I will tell you all about what it was like to travel the mainland of Afghanistan as a woman. I traveled the Wakhan Corridor in 2017 solo, which you can read about that experience here.

What It Was Like to Travel Afghanistan As A Female

It’s not as crazy as you think. There two major benefits to traveling Afghanistan as a woman– blending in by wearing the chadri, and experiencing life from the third gender.

I Did Not Have To Wear A Burqa

That iconic blue burqa that comes to mind when most hear the words ‘woman‘ and ‘Afghanistan‘ muttered in the same sentence. It’s actually called a chadri, and I will add is quite comfortable. With that said, no, I did not have to wear the chadri.

We did wear them upon recommendation of our guide in certain villages as we traveled overland from Kabul to Bamyan and again from Bamyan to Mazar e Sharif. If you will be traveling in areas close to known Taliban-controlled spaces I would definitely recommend not only having a local guide but also wearing the chadri as needed to blend in.

And to set the record straight– women are not legally required to wear the chadri, chador, or burqa (I’ll touch on what these are too in a minute). Yes, many women do wear one of these garments due to family pressure and societal expectation. And yes, they were mandatory during the time of Taliban rule from 1996-2001.

In many of Afghanistan’s larger cities, you will see just as many women wearing only hijab (modest Islamic dress) as you will in a burqa or chadri.

Actually more comfortable than I’d have thought, though I didn’t love it. It was like the year I went as a ghost for Halloween except for this time I was draped in a blue bedsheet instead of white (scratch that I was 12 years old and it was 1998 and I was obsessed with tie-dye).

I do now fully understand what any of my female friends who wear the burqa are talking about though– the perks of full anonymity. Imagine going out to run errands and not having to talk to someone you weren’t friends with in high school that stops you.

In reality I’d detest it if I was told I was required to wear it. But wearing it on occasion as I traveled all over Afghanistan, not the worst experience I’ve had.

What To Wear As A Female Traveler In Afghanistan

First and foremost I recommend a headscarf and shalwar kameez. You can purchase them at any bazaar in Afghanistan if you don’t already own one. But here is the rundown of what a proper outfit should include:

A shalwar kameez including a headscarf should cost about 1,000-2,000 AFS depending on quality.

Pro tip: Buy what looks like a shower loofah superglued to a hairclip at the bazaar. They cost about 70 AFS. Clip it on to your ponytail and voile! You’ll not only fill out your headscarf, but I’ve found it also helps keep it more in place.

If you really, really want to go unnoticed as a foreign woman in Afghanistan you can purchase a chadri, burqa or chador.

The chadri is the famed blue burqa Afghanistan is known for draping its women in. They actually come in other colors- I have actually seen them in a dusty purple and even white. Most commonly you will see a darker blue and a light dusty blue. Simply slip it on over your head, make sure you can properly see out of the netting in front, and most women will grab the back edges with their fingers and pull them forward as they walk around.

Chadri are shorter in the front. It’s not uncommon to see women wearing them flipped back to expose their faces (it gets hot sometimes, and other times you need to yell at someone).

While the chadri is a type of a burqa, the term burqa is most usually tied to the black dress (abaya) and face veil (niqab) more common on the Arabian Peninsula. You will see women wearing them in Afghanistan too.

It will usually include a long black abaya (though you will see the burqa in a variety of colors) with a headscarf draped over the head and upper body, and the niqab. The niqab is the piece of fabric that covers the face, leaving only a slit for the eyes. In burqa, the only body parts exposed are the eyes, hands, and feet.

The chador is typically black in color and is most commonly seen in Herat and areas that border near Iran. It’s a floor-length cloak worn draped over the head and shoulders. Like with the chadri most women will grab the back corners of it with their fingers and pull it forward around the front of them.

Being married makes traveling in Afghanistan a little easier. Whether this is a fib or not is really up to you. Afghans are very family-oriented, so you will be asked about your husband and kids.

When I traveled in the Wakhan as a solo woman I would tell people I am married (that is actually true). When asked where my husband was, he was at work back home in Alaska (also true). When asked about my kids, I’d just say not yet but soon (don’t know if that’ll ever happen).

If you are traveling with a man, whether he’s your boyfriend or just another traveler he should be your “husband“, especially if you will be sharing rooms. The mingling of unmarried men and women is frowned upon, though it doesn’t stop teens and young adults from dating in secret.

In Jolie and I’s case fielding off the family questions was quite easy. I’m married, Jolie’s married… and bonus points for Jolie having 3 children– even better? All boys.

Women Did Stop Me To Ask Questions & Have Conversations

If you are traveling with a man or a male guide, men who may want to ask you anything will usually do so by speaking to the man with you. Usually, if your man agrees it’s okay, then an unknown man may speak directly with you. This is just custom here as I had mentioned before about the mingling of unmarried men and women being frowned upon.

I know some female travelers will take offense to this. I feel that since I am in their country I should respect what’s customary and let a man do the talking in this situation.

Need help getting a visa? Read my Afghanistan Visa Guide

If traveling without a male this opens you up to many conversations with other women. There were countless times women would stop me to ask me what I was doing in Afghanistan and what I thought of the country. Or by young women wanting to take a selfie.

Learn some basic Dari before heading to Afghanistan and it will make these interactions 10x more fun.

This nicely segues into…

Welcome To The Third Gender

Gender roles are very clear cut in countries like Afghanistan. In the western world not so much, and most of the people in these places are fully aware of this.

This is a definite perk of traveling Afghanistan as a woman. There are things that women wouldn’t ordinarily be allowed (or it may just be very frowned upon) to do, that you’ll be able to partake in… Like hitting a bong with an old baba you met at the walls of Old Balkh.

The perks don’t stop at ripping a bong or kicking it with the boys– you’ll get to join in on all the femininely things that no man, foreign or not will ever get to see. That means getting to see women without hijab.

And on the note of third gender, you’ve probably read that men will not shake your hand upon meeting. More often than not I found that most men you meet especially in tourist settings will offer to shake your hand.

I always err on the side of caution when meeting men and place my hand over my heart and do the slight bow (watch around as you’ll see people doing this), but many times men would still extend their hand.

Want to visit the Wakhan? See the Afghan Wakhan in photos

A foreigner in Afghanistan who is not an aid worker and not with her husband? That’s an unusual sight in Afghanistan, so you can expect people to stare at you.

And let me just tell you, stares in Afghanistan are intense. But don’t worry, this isn’t to make you uncomfortable– this is sheer curiosity and fascination at play most of the time here.

Behind The Fluttering Curtain, Madam

Security checks are a common occurrence in Afghanistan. You’ll experience these at airports, going into most major sites, sometimes crossing between provinces. Men are normally patted down out in the open, but the ladies? You’ll get your own room from that.

Security pat-downs are always given by another woman usually in a room hidden from plain view by a curtain. It’s usually quick, the woman checking you is normally really smiley and will chat you up for a minute or sometimes in a deep phone conversation in which she just gives you a look up and down and motions you to move along.

Afghan women are kinda badass. They have it rough, and in some areas fight for rights so basic as education. While women’s rights even in my country aren’t perfect, we can all agree that it’s a lot harder to grow up as a girl in Afghanistan.

But do keep an open mind and don’t condemn the way of life in Afghanistan. Not all women are opposed to being covered head to toe, nor are they all opposed to having to ask a man’s permission before doing anything.

Equally, you’ll meet women that detest the burqa and hate the societal pressures placed on them. Understanding is key, and the biggest key here is understanding that it’s not your culture to change. 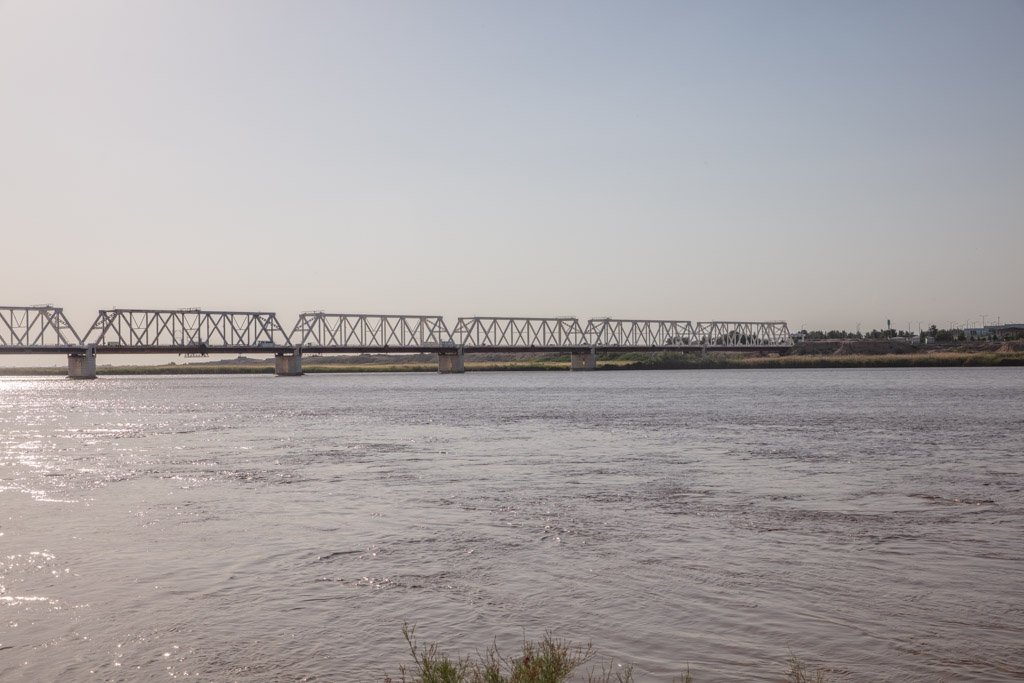 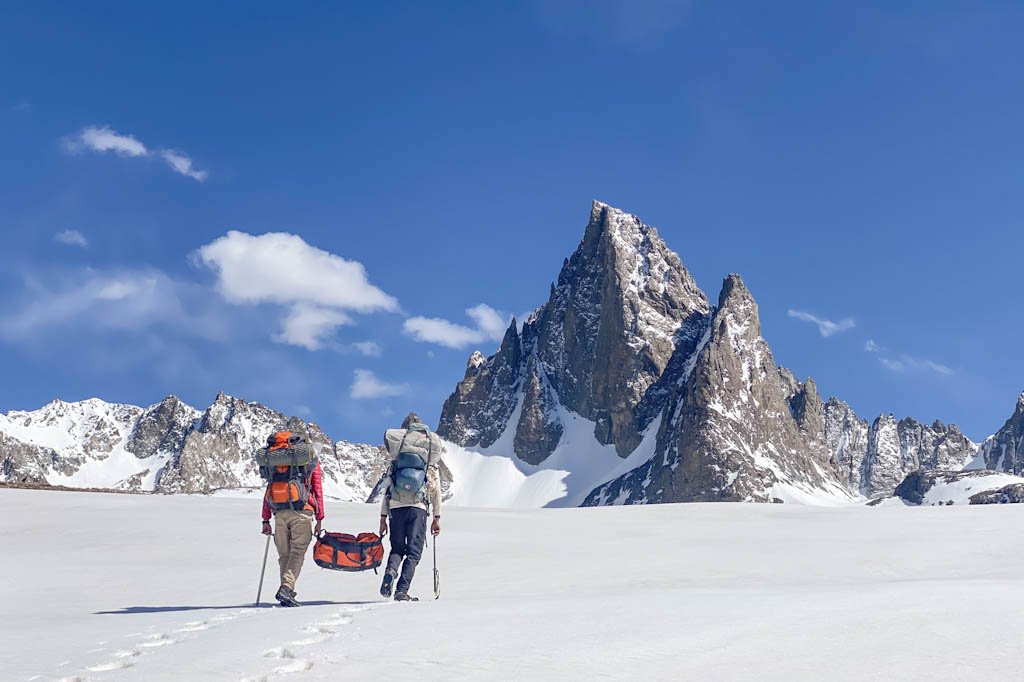