Skip to content
Tweet
Share
Pin
19 Shares
Some posts on the Adventures of Nicole contain affiliate links to various products and services, meaning I may earn a small commission at no extra cost to you if you click or book via some of these links. Read up more on my disclaimer page.

Updated April 2020, 30 Best Things To Do In Uzbekistan was originally written in February 2019.

The Silk Road cuts through the country and has left the traces of many a conqueror from Genghis Khan to Amir Timur as they made way from the Orient to the Occident and back again. Uzbekistan has countless attractions to offer from architecture to culture, cuisine to history, artwork to environmental disasters and more. Here are the 30 best things to do in Uzbekistan.

1. Respect The Dead At Shah i Zinda

Shah i Zinda is a large necropolis complex in the gorgeous Silk Road city of Samarkand. The many mausoleums and ritual buildings were constructed between the 9th and 14th centuries.

2. Swim In The Remains Of The Aral Sea

The Aral Sea has been widely regarded as one of the biggest human-caused disasters in history. This shallow salt lake has nearly dried up largely due in part to poor water diversion and irrigation projects. A small fraction of the Aral Sea still remains which can be reached from the wild-west town of Nukus.

3. Walk Toxic Sands Between The Ships of The Ship Graveyard In Moynaq

Thanks to desertification from the drying of the Aral Sea paired with Soviet chemical weapons testing, the sands that surround the remains of the Aral Sea are toxic. Though short visits to see the Moynaq Ship Graveyard have not proven harmful, it has negatively impacted the general health of the few families that have remained in Moynaq.

4. Eat Your Body Weight In Plov At The Plov Center In Tashkent

The dish most ubiquitous with Central Asia is plov, a dish of rice fried in mutton fat, with carrots, garlic, and mutton and commonly including chickpeas and raisins. The best place to grab a plov? Head to the Central Asian Plov Center in Tashkent to get you bowl overfillith with plov. It’s recommended to arrive before noon if you’d like to see the plov chefs in action cooking up the Central Asian concoction in a giant Qazan. Looking for other great restaurant experiences in Tashkent? Check out my Best Restaurants in Tashkent post for more.

5. Devote A Day To A Science Great At Ulugbek Observatory

Built by the Timirid astronomer Ulugbek in the 1420s in Samarkand, the Ulugbek Observatory is widely regarded as one of the finest Islamic observatories in the world.

Check out the Samarkand City Guide

6. Attend The Most Remote & Obscure Rave At Stihia Festival

The first ever Stihia Festival was held in mid-September, 2018. The festival features electronic music, the first festival of this kind to reach Uzbekistan. Held at the Moynaq Ship Graveyard in Karakalpakstan, this was probably the largest gathering to take place in Moynaq since the 1960s, bringing in curious locals and ravers from all over Central Asia and beyond. The aim of the festival was to bring awareness of responsible water use, which the lack thereof is what led to the downfall of what Moynaq and the Aral Sea have become today. No dates for a Stihia 2020 have been announced yet, but organizers have expressed interest in holding another one in the future.

Find out more about Stihia here

7. Climb The Tower Of Death At Kalyan Minaret

The minaret, belonging to the larger Po i Kalyan Mosque Complex in Bukhara has quite the sinister nickname– The Minaret of Death. How did this come to be? In the Middle Ages, criminals would be thrown from the minaret to their deaths.

Chor Minor is a small historic mosque in Bukhara. Chor Minor means four minarets in Persian, of course pointing towards the four minarets that sit atop the mosque. It now houses a small gift shop.

Check out the Bukhara Travel Guide to plan your visit

9. Go Back In Time At The Crumbling Qala Castles Of Khorezm

Castles were once built along the ancient Silk Road to protect Khorezm from invaders. Many of the crumbling ruins of these castles remain near the city of Khiva. You’ll be hard-pressed to cross paths with another tourist at the Castles of Khorezm, making it a special experience.

10. Escape The Crowds At Katta Langar

Katta Langar, located in the Southeast of Uzbekistan is home to beautiful Silk Road architecture, but don’t expect to find the crowds of Samarkand or Bukhara here.

The walled inner-city of Khiva is a magical sight. Taking a step into the Itchan Qala is like walking into a living museum. A great way to get a bird’s eye view of the Itchan Qala is from atop the walls that surround ancient Khiva.

Namangan is Uzbekistan’s Islamic center and most conservative city. Don’t miss the Khodja Amin Mosque and the Wahabbi Mosque of Ota Valikhon Tur. You may even spot women in paranja here (a black burqa that you probably won’t see anywhere else in the country).

13. Go To To Khudayur Khan’s Mausoleum In Kokand

Khudayer Khan was the final ruler of the Kokand Khanate. This beautifully tiled mausoleum was built in 1871.

See what hotels are on offer in Kokand

Check out one of my favorite posts: A Complete Photo Guide To The Tashkent Metro

Amir Timur was the ruthless conqueror born in Shahrisabz and ruled from Samarkand. Gur e Amir now holds the tombs of not only Amir Timur but also his sons and grandsons. The intricately designed mausoleum was originally built as a final resting place for Timur’s beloved grandson Mohammed Sultan, Timur had had his own mausoleum constructed in Shahrisabz but suffered an untimely death in the middle of winter in Kazakhstan. There was no way for crossing the high mountain passes snowed in for winter that lied ahead on the journey to Shahrisabz, so he was instead buried at Gur e Amir.

16. See The Best Collection Of Soviet Avant-Garde & Karakalpak Artwork At The Savitsky Museum In Nukus

This impressive collection includes over 82,000 pieces that had been gathered by Igor Savitsky over the years. He collected Khorezm and Karakalpakstan works and additionally collected many pieces by Russian Avant-Garde artists whose works were banned under Joseph Stalin’s USSR, many of which can be seen on display here at the Savitsky Museum in Nukus.

17. Watch Silk Be Created Right In Front Of Your Eyes In Margilan

Head to the famous Yodgorlik Silk Factory in Margilan to see the start to finish the process of silk production and even pick up a silk piece to take home as a gift from their shop.

18. Explore The Elusive Dark Star Cave In The Boysun Mountains

This cave hidden deep in the Boysun Mountains could potentially be the deepest cave in the world. The labyrinth of underground grottos has not been fully explored beyond the depth of 3,000 feet.

19. Go Back In Time At Samarkand’s Registan

The Registan is a public square in the heart of Samarkand, surrounded on 3 sides by the madrasas of Ulugh Beg, Sher Dor, and Tila Kari. You can easily spend an entire day waltzing around the square and admiring the intricate tile work of the surrounding madrasas.

20. See Some Of The World’s Finest Carpets Being Crafted

Uzbekistan is home to some of the best handmade carpets on earth. In every major city in Uzbekistan, you can find a shop selling beautiful carpets. Head to the Hujum Carpet Factory on the outskirts of Samarkand to see carpets being made and even pick one or two up to take home with you. (Hujum was the name of the Soviet anti-veiling campaign in Uzbekistan lead in the 20th century).

21. Get In Some Silk Road Time At The Rabat Malik Caravansarai

On the M37 Highway between Samarkand and Bukhara, you may see this portal along the side of the road. Definitely worth a stop, the Rabat Malik Caravanserai is a great piece of Silk Road History. The caravanserai was situated along the ancient Silk Road, built under the orders of Shams al Mulk Nasr who ruled Samarkand from 1068-1080.

Once it was the Sogdian city of Nakhshab, then sacked by the Arabs to become the city of Nasaf and finally becoming the second city of the Emirate of Bukhara. Qarshi has a long history and an interesting mishmash of architecture and culture to prove it.

The Labi Havz in Bukhara is centered around the old ponds that used to dot the old city. Now only one remains filled with water, with several of Bukhara’s most famous buildings and sites surrounding it.

Most of Uzbekistan’s mountains fall near the Tajik border within the bounds of the uber police-statey Fergana Valley. Chimgan is one of the few places you can do multi-day treks in Uzbekistan thanks to a network of community-based homestays in the mountains.

Learn everything you need to know about Central Asian visas

The Narzullaev family is internationally known for their impressive ceramic works. Here you can tour their ceramic museum in Gijdiovan, just outside Bukhara and shop for that perfect ceramic piece to take home.

While there’s not much to see in Nurata, the stop to visit the Chashma Complex and Nur Fortress are well worth the welcomed break to stretch your legs when making the journey between Samarkand and Bukhara.

27. Camp In Yurts Under Starry Skies At Aydarkul

Aydarkul is an unintentionally manmade lake, the result of the diversion of the Amu Darya that helped to ultimately dry the Aral Sea. Nearby to Aydarkul is a family run yurt camp. Out here in the Kyzylkum Desert, you’ll have crisp clear skies perfect for stargazing and you can even take the chance to go by camelback into the desert at sunset.

Stay at a the Aydarkul Yurt Camp

Allegedly Beldersay is home to the longest ski lift in Central Asia. Either way, Beldersay is a great place to head if you’re in Uzbekistan in winter and want to get in a few turns on the slopes.

29. Explore The Living Museum That Is Khiva

By and far, Khiva was my favorite of the Uzbek Silk Road cities. It still remains lesser visited than Samarkand and Bukhara, but still boasts equally beautiful and impressive architecture.

Check out my Khiva Travel Guide to plan your visit

30. Ring In Nowruz In Uzbekistan

The Persian New Year kicks off every March 21. The Persian calendar resets each year at the beginning of spring, called Nowruz. The holiday is celebrated all throughout the country.

Looking For More Things To Do In Uzbekistan?

Check out more of my Uzbekistan posts below! You can also purchase a copy of Bradt’s Uzbekistan guidebook to help you plan your adventure in Uzbekistan. 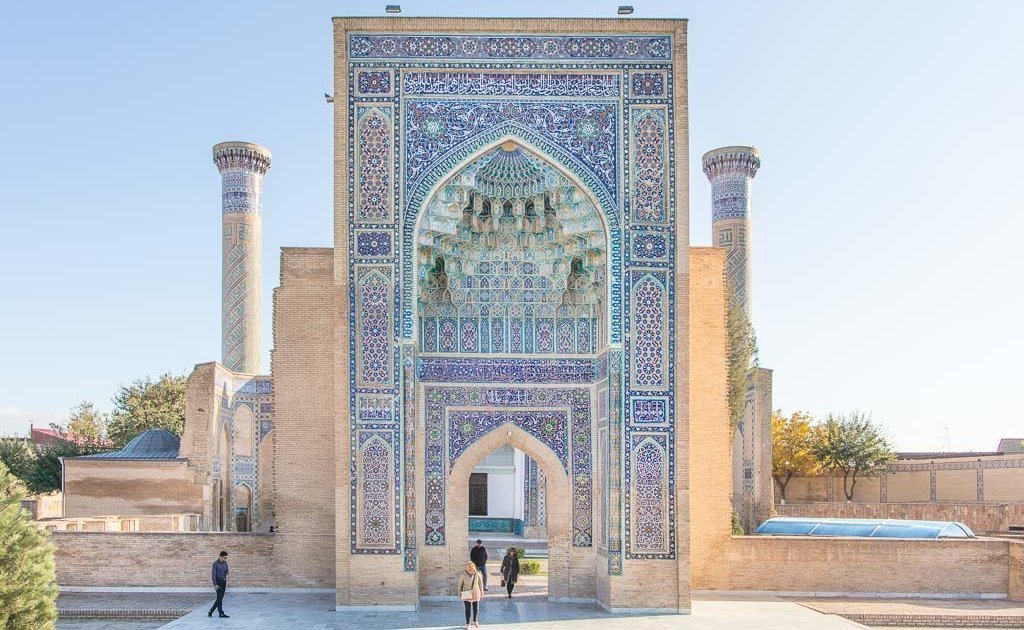 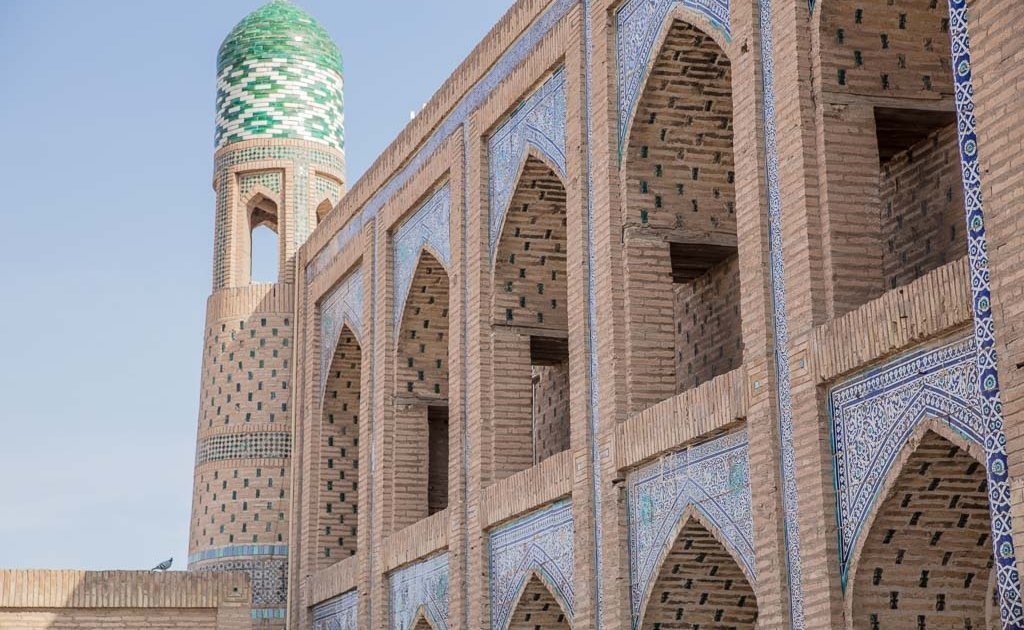 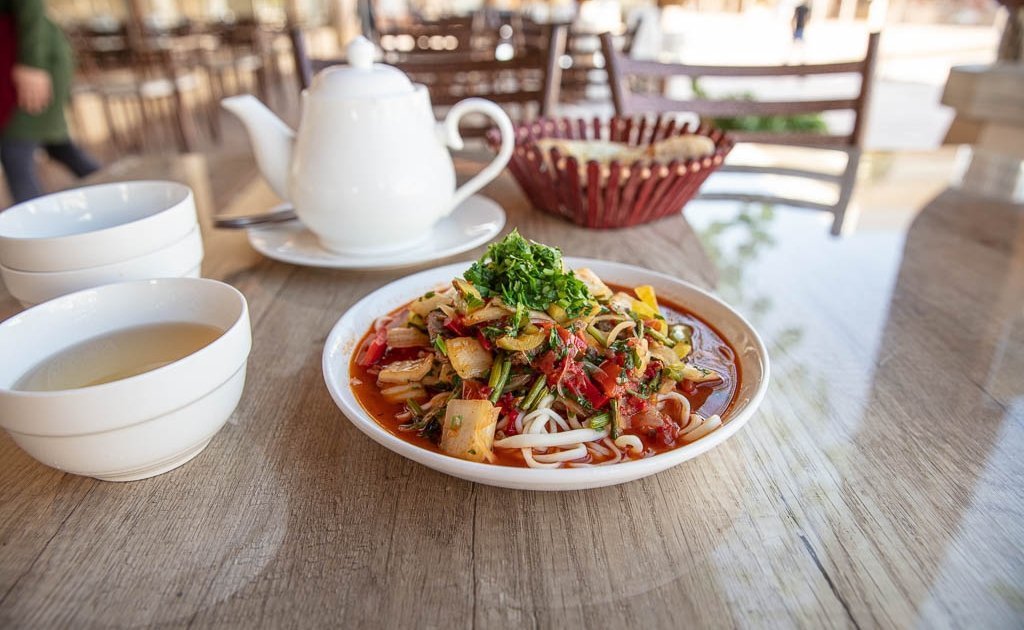 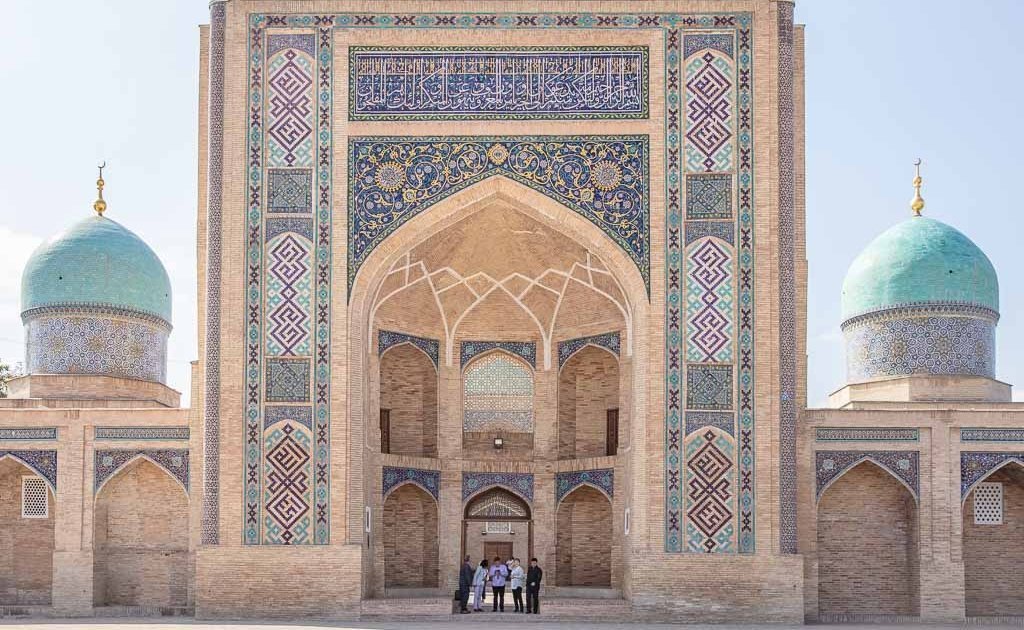 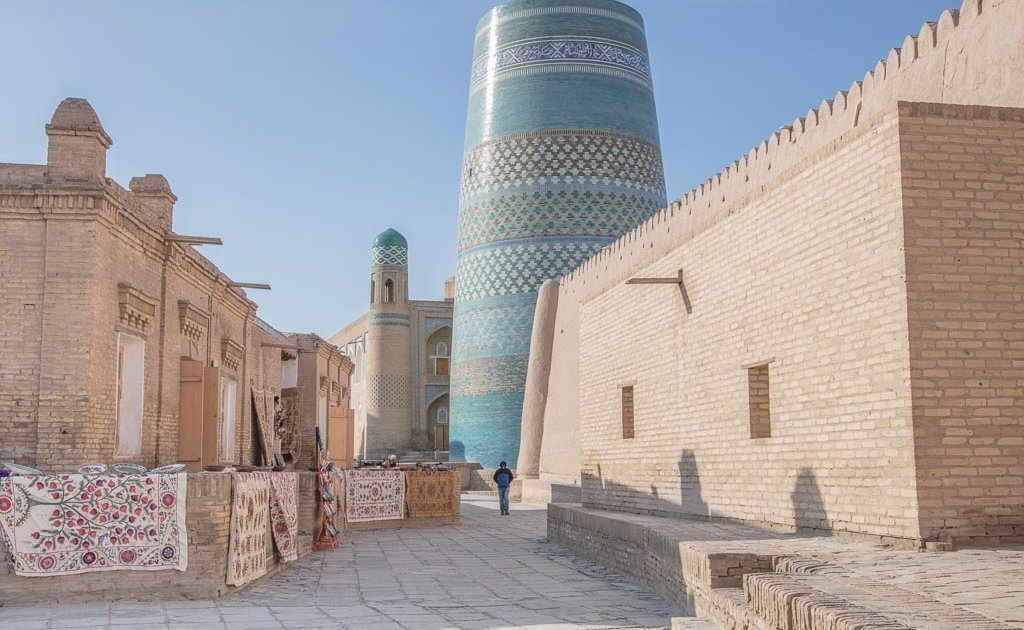 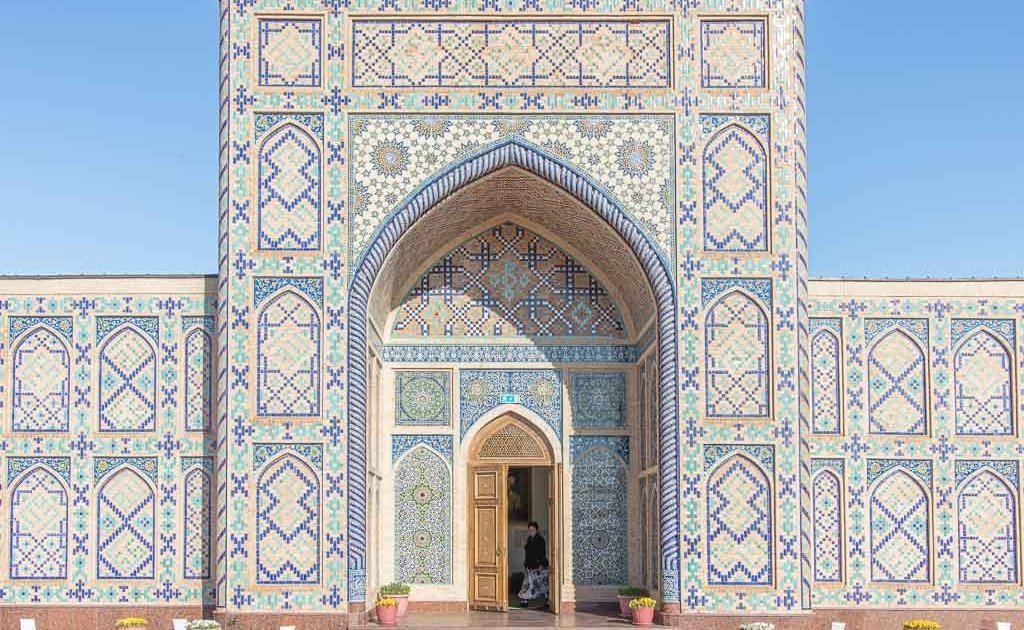 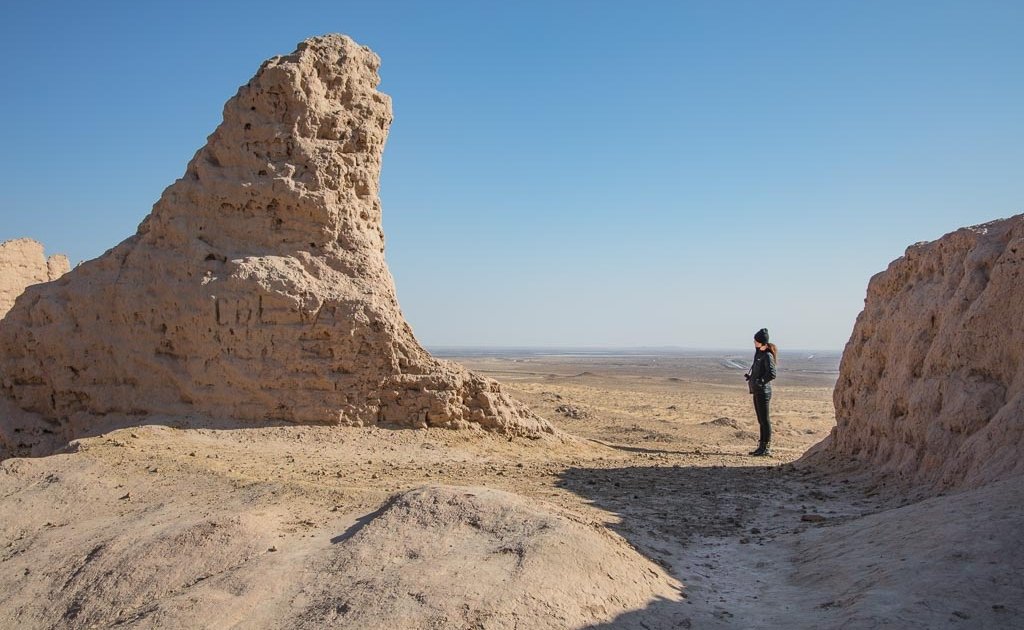 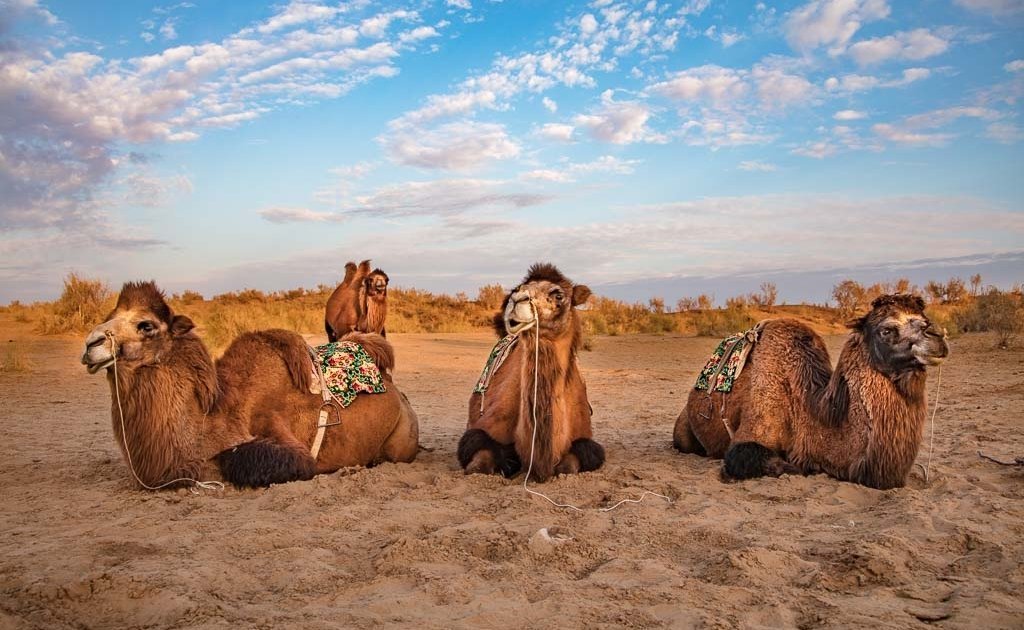 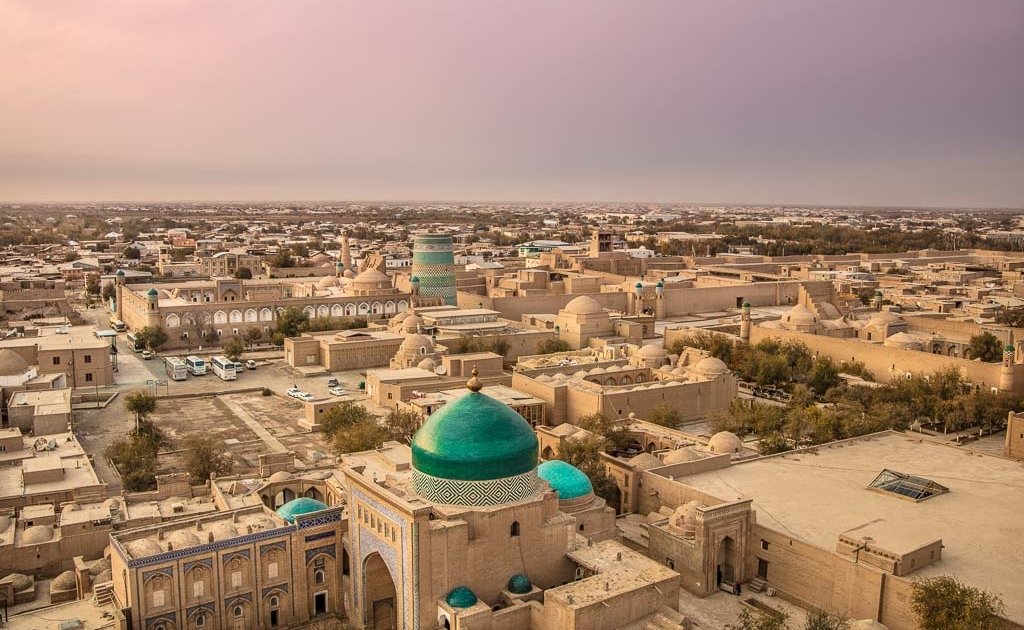 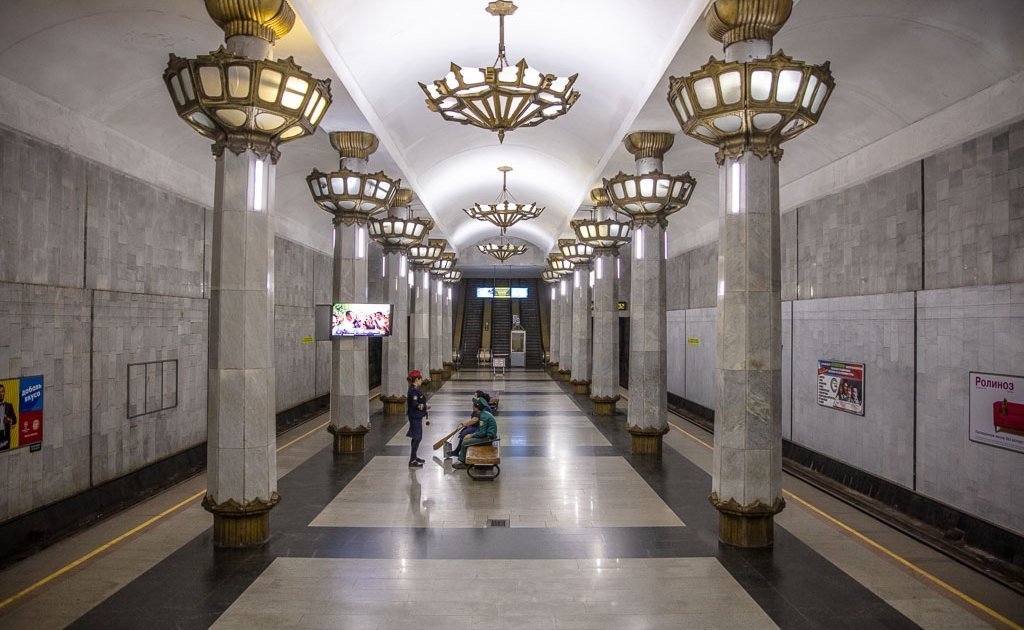 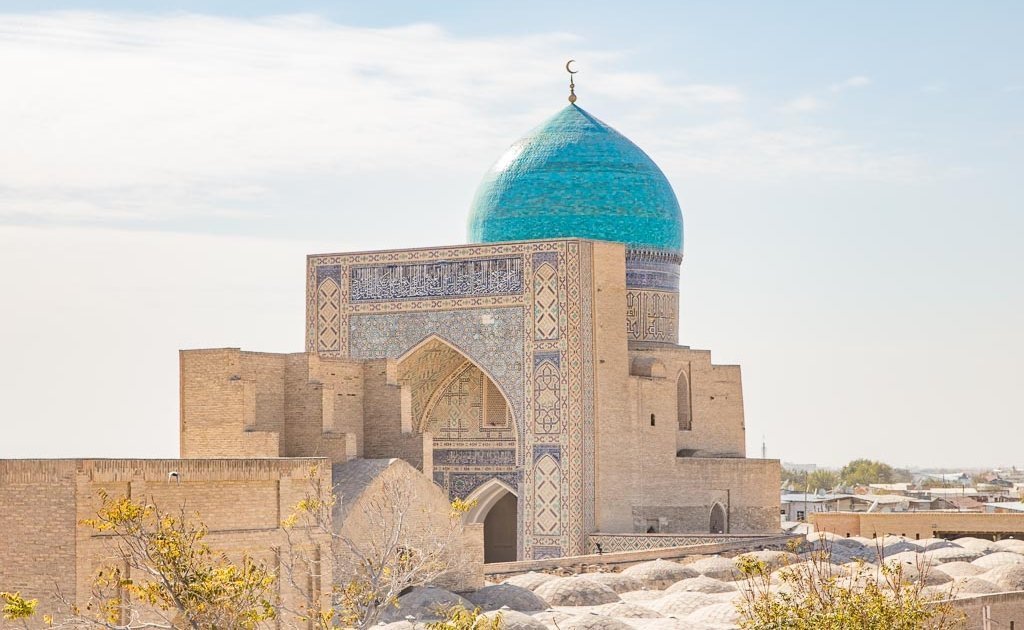 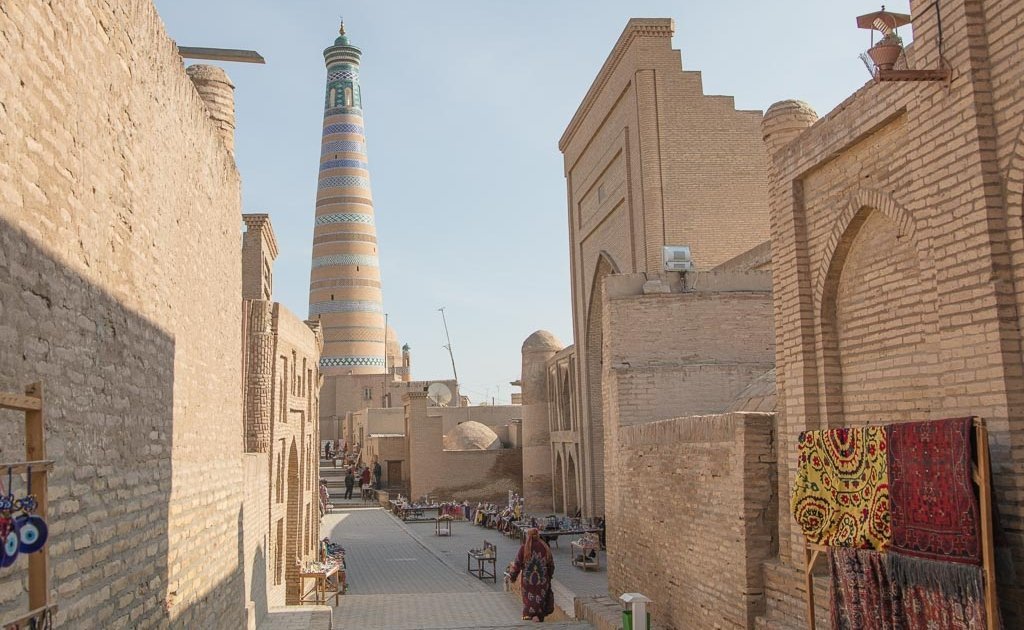 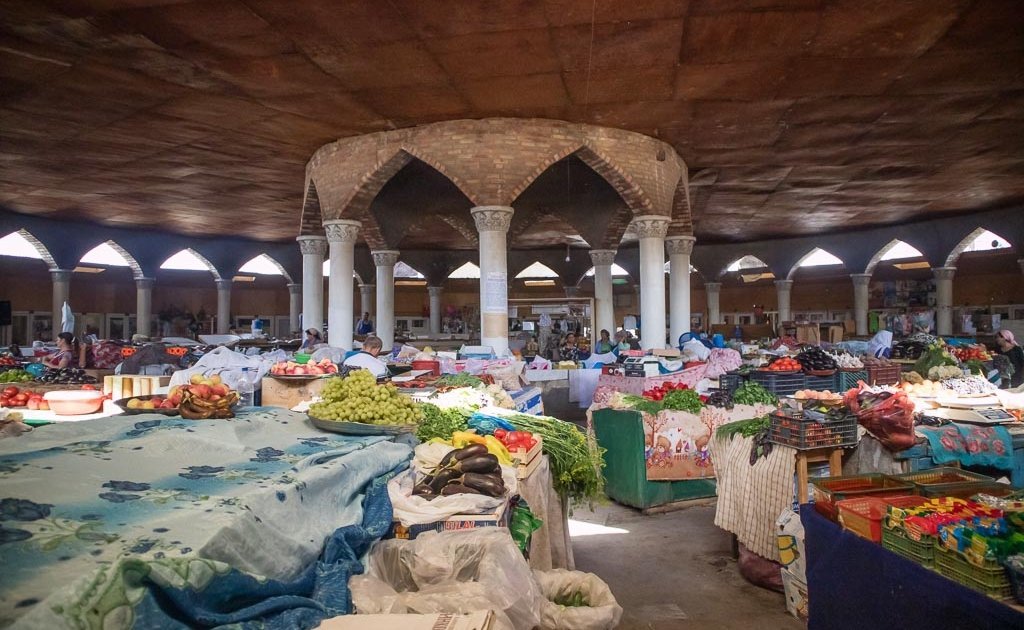