Erbil Travel Guide + 7 Things To Do In Erbil, Iraqi Kurdistan was originally published in August 2020

Welcome to Erbil, the capital of Iraqi Kurdistan and the largest city in the territory. The city definitely warrants at least a couple of days or more the wander its old bazaars, explore the ancient citadel, hang out in its lovely parks, and meet friendly locals.

A Quick History Of Erbil

Erbil, or known locally in Kurdish as Hawler, has an impressively long history, with some estimates claiming up to go back as far as the 5th millennium BC making it among the oldest continuously inhabited cities in the world. The earliest references to the city are found in Sumerian scripts that date back to sometime in the 3rd millennium BC.

Eventually, the Akkadian Empire rose and the Akkadian Semites and Sumerians of Mesopotamia jointly ruled. Erbil would see the rise and fall of the Assyrian Empire, the nearby Battle of Gaugamela between Alexander the Great and Darius III of Persia, and be stuck in the middle of land claimed by both the Romans and the Sassanids.

Christianity, and later Islam would be introduced to the population, the Mongols would later invade and the city of Erbil would see itself under the control of the Umayyads, Abbasids, Buwayhids, Seljuks, Ilkhanids, Jalayirids, Kara Koyunlu, Timurids, and finally the Ak Koyunlu before falling under the Ottomans.

Eventually, the whole of Iraq would fall under British rule before an independent Iraq was formed.

Looking for ideas? Check out my 10 Day Iraqi Kurdistan Itinerary

Things To Do In Erbil

The Erbil Citadel was listed as a UNESCO World Heritage Site in 2014. The citadel is what remains of the ancient fortified city. There are a number of museums to check out while wandering the ruins of the Erbil Citadel.

This is also a great sunset location to catch the last light of day.

Erbil’s main square is the best place in the city to go to just hang out and watch life go by. Home to many cafes, go sip a chai and chat with locals. For the best view of the Erbil Main Square, walk up to the Erbil Citadel.

The Qaysari Bazaar dates back to the 13th century, located along the Erbil Main Square just downhill from the citadel. The covered bazaar is filled with countless photo ops. Don’t forget to try the chai Kurdi and the Kurdish sweets you’ll find on display.

Jalil Khayat Mosque is ornately decorated, and to my surprise upon my visit is a newer construction. The mosque’s construction began by a well-known Erbil man by the name of Jalil Khayat. Khayat, unfortunately, passed away in 2005 before the completion of the mosque.

Jalil Khayat Mosque would be finished in 2007 by his sons in his memory. The mosque fuses Abbasid and Ottoman architectural elements.

The former location of Saddam Hussein’s 5th Corps Army military base was converted into a park with construction beginning in 1998. Sami Abdul Rahman Park was named in honor of Sami Abdul Rahman who was killed in a suicide bombing in 2004.

The park is massive, housing two lakes, the Martyrs Monument, and a rose garden. When I visited Erbil Sami Abdul Rahman Park was bustling as there was a giant food festival going on with food trucks and stalls selling food from all over the city.

Don’t forget to visit the ancient city of Amedi

Minaret Park and Shanidar Park are sat side by side, making them easy to visit together. Minaret Park is home to the Mudhafaria Minaret, whose construction began in 1190 AD and took 42 years to complete.

Shanidar Park is quite modern, centered around the Shanider Cave, a rock structure encircled by a moat and filled with local art exhibits. There is a cable car across Shanider Park too.

Get adventurous and visit beautiful Gomi Felaw and Dore Canyon

Ankawa is Erbil’s Christian suburb, originally known as Beth Amka. The suburb is home to many churches. The Patriarchal See of the Assyrian Church of the East was relocated to Ankawa from the US.

Where To Sleep In Erbil

Have Any Questions About Visiting Erbil?

Ask in the comments section below. I also recommend grabbing a copy of Bradt Iraq while planning your trip to Iraqi Kurdistan. 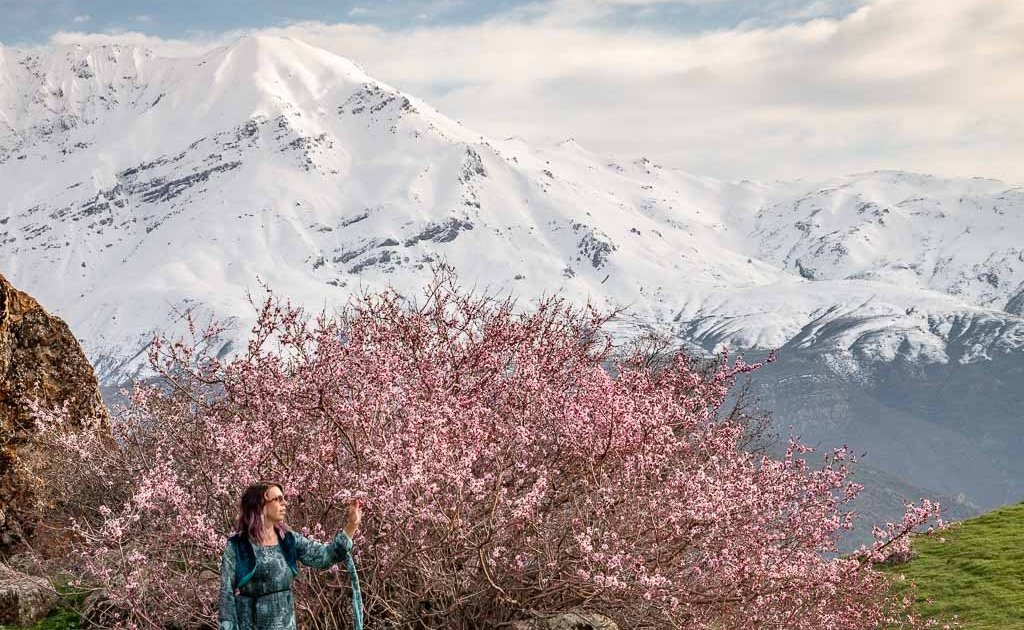 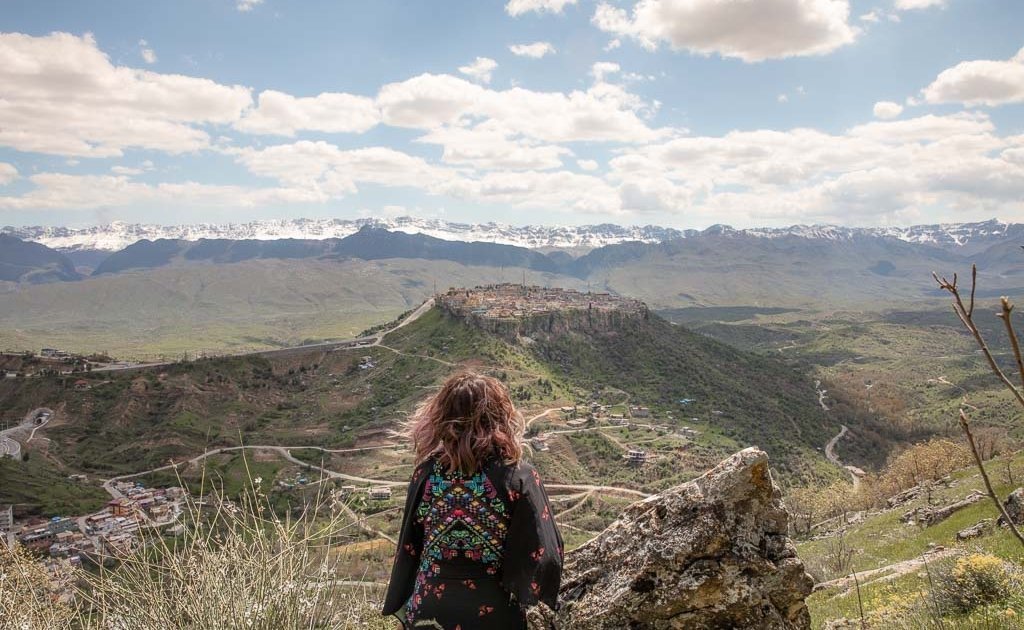 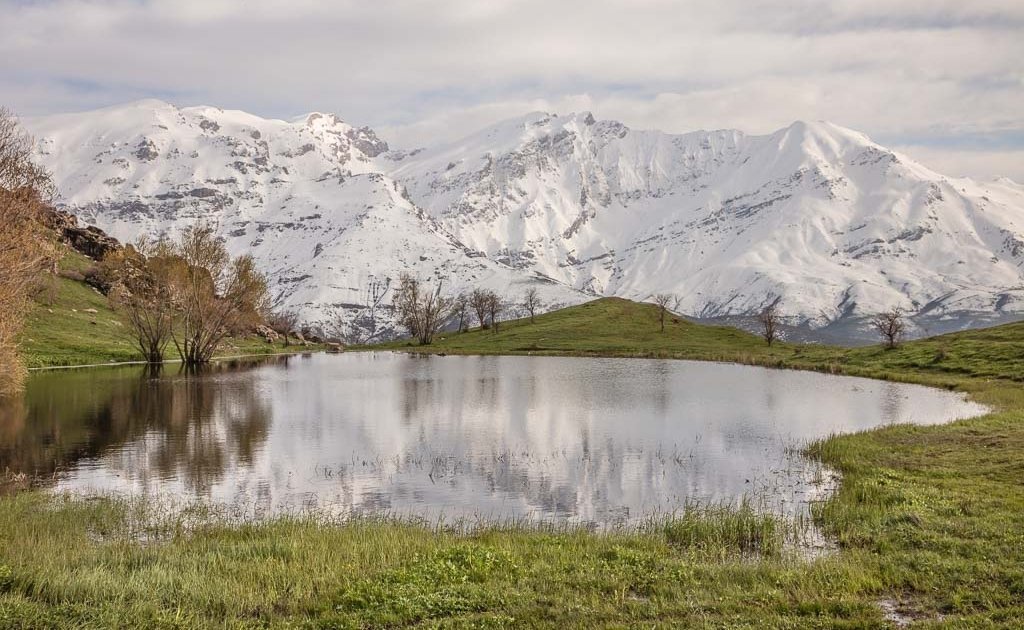 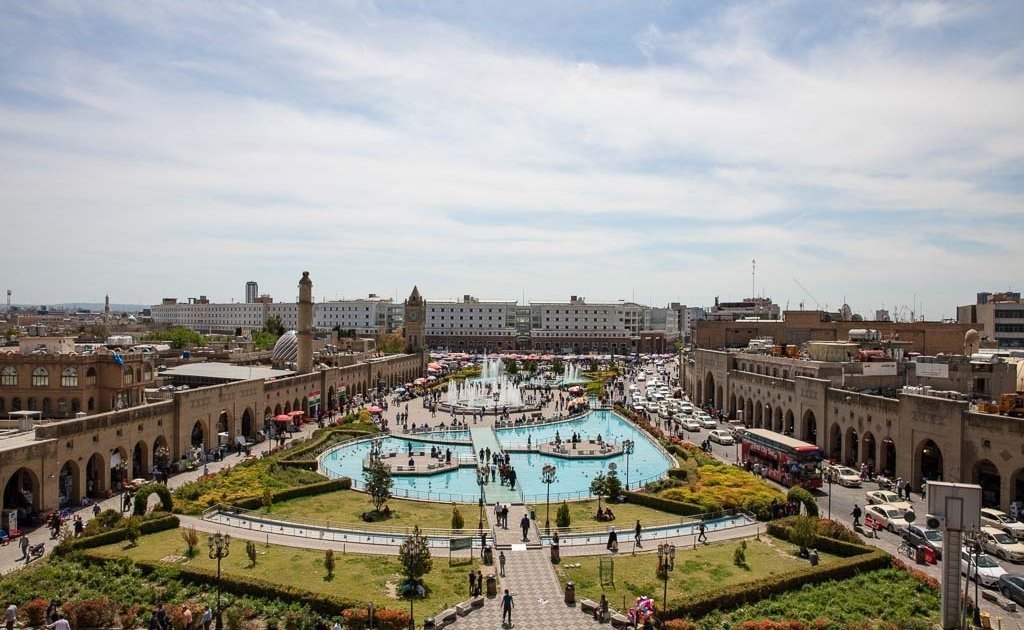 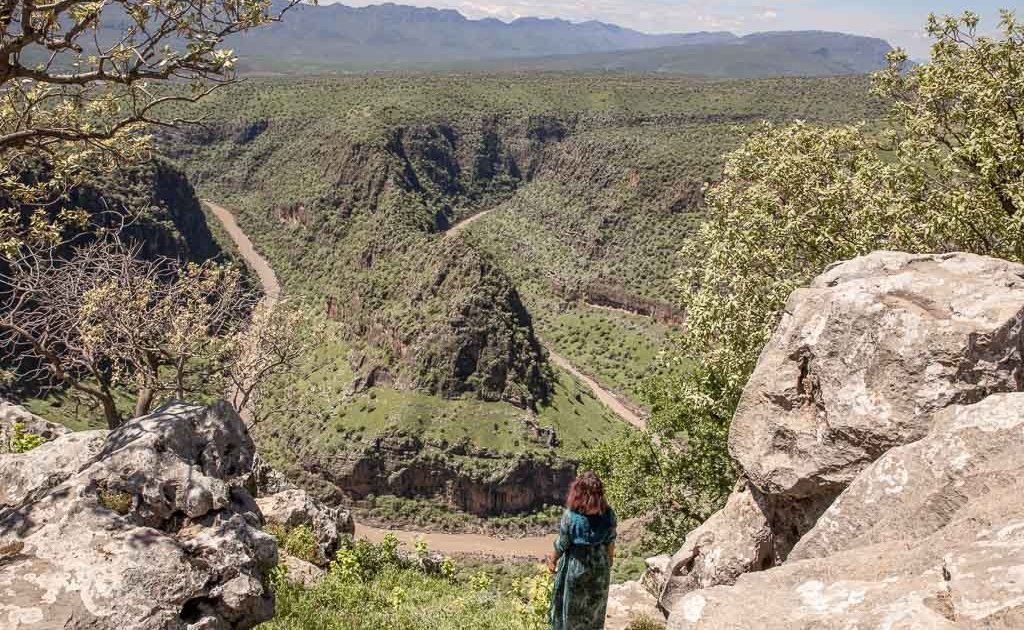 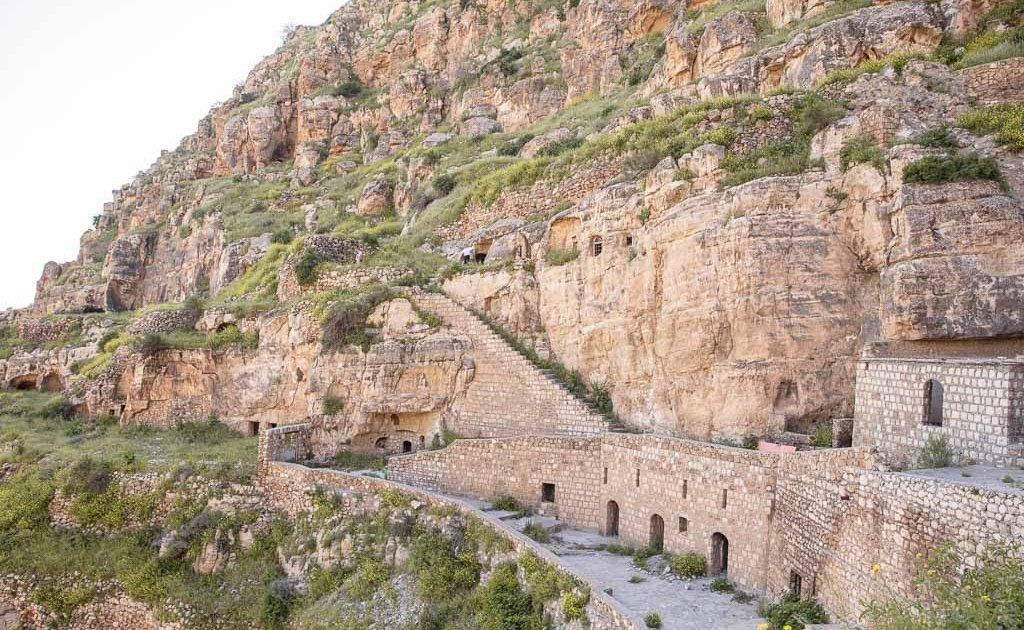 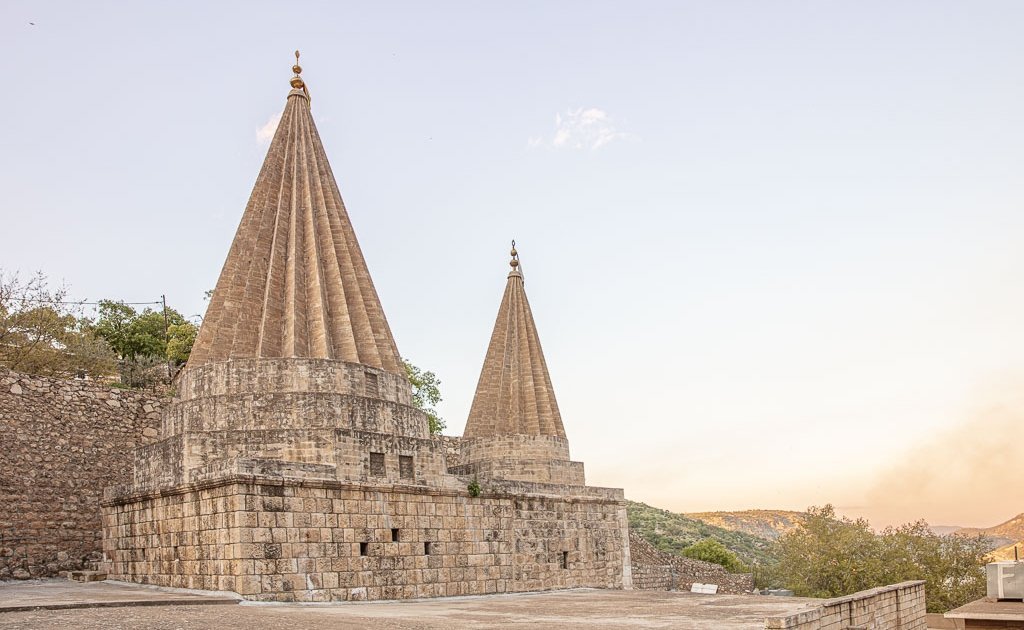 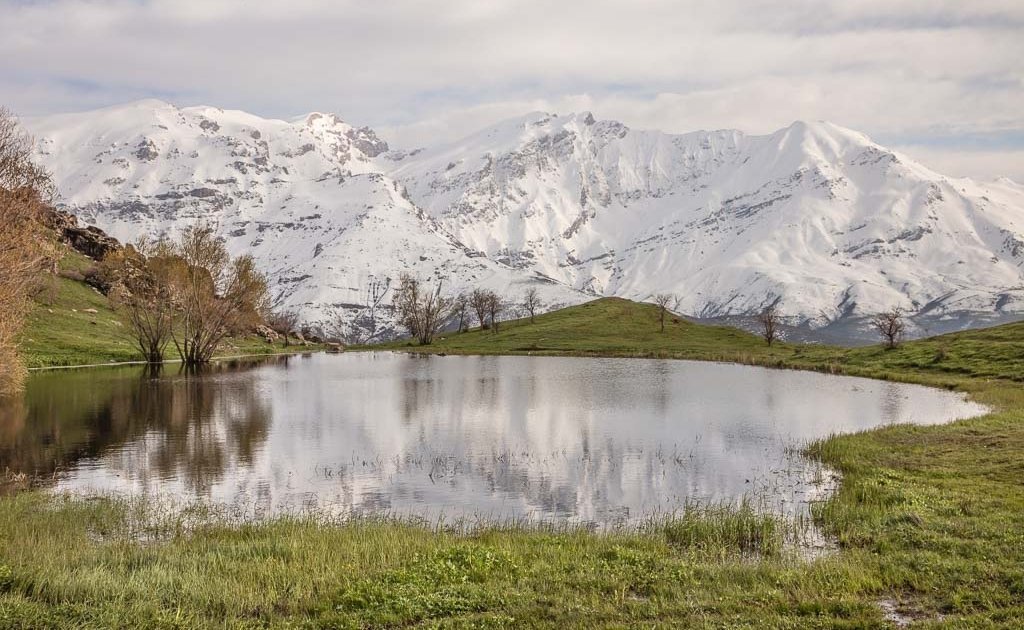 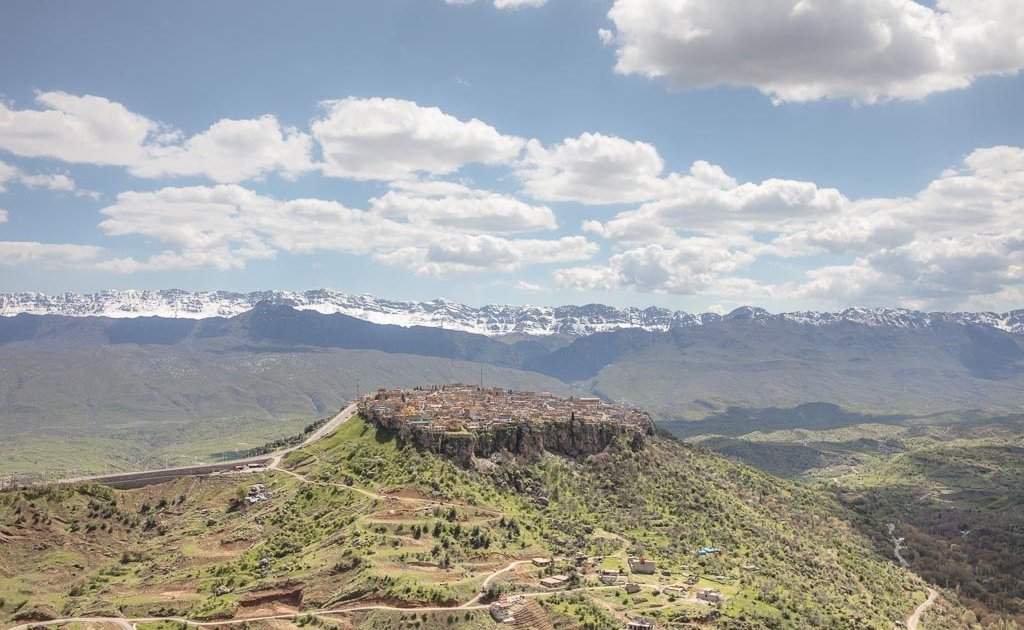