How to get to Orheiul Vechi on Public Transport

Updated April 2021, How to get to Orheiul Vechi was originally written in January 2018

Built into a gigantic limestone cliff with the Raut River bending round it sits Orheiul Vechi, one of Moldova’s most famous tourist attractions. Orheiul Vechi is an Eastern Orthodox monastery.

Unique from Moldova’s numerous other monasteries because it sits in a cave below ground, as many of Moldova’s best attractions. The monastery was dug out by orthodox monks in the 13th century and was in use until the 18th century. In 1996 monks returned and have restored the monastery to what it looks like today.

How To Get To Oreheiul Vechi For 52 Moldovan Lei

Yup, you read that right, you can get to Orheiul Vechi by marshrutka for 52 MDL, which is barely over $3 USD!

Prior to heading to Piata Centrala to grab a marshrutka out toward Tiraspol the day before I had read that they do run on a schedule, but I found just like marshrutka did back during my 2012 Moldova visit leave when full.

This is the Central Bazaar, which is a tourist attraction all in itself. On the backside of the bazaar, you’ll find the marshrutka headed all over the country and even internationally too. It seems like anarchy, and it sorta is.

Just look for signs in the minibus windows that say Butaceni or Trebujeni, or start asking. Don’t ask for Orhei- you’ll find out why in the next step.

Step 2: Get A Marshrutka Signed For Trebujeni Or Butaceni NOT One For Orhei

There are marshrutkas that go to the village of Orhei, which is not the closest you can get dropped to Oreheiul Vechi. If you do by mistake accidentally take the one to Orhei like I did because you are a shitty blogger that doesn’t read other blogs and you just went to the central bus station and asked in broken Russian with a thick American accent if the Orhei signed marshrutka went to Orheiul Vechi, and the driver said yes so you hopped on and it ended in Orhei and didn’t go any further, there is good news: you can get a marshrutka from Orhei to Butaceni.

I just talked to my driver (in my bad Russian with a terrible accent) in Orhei and he quickly figured out the mistake I’d made, laughed, and walked me to the correct marshrutka. My understanding of the Moldovan (Romanian.. tomato, tomato) language is non-existent, but gauging by the banter and the fact that my payment was refused on the second marshrutka they took pity on me being a dumb tourist even though I was more than willing to pay…

The marshrutka leaves when full as I said earlier, and both the ones I took in order to get to Butaceni were packed to the gills with people, kids, and bags of home goods and produce with Moldovan folk music blaring for the next hour. This is all part of the experience. I mean come on a private taxi is pretty boring.

Step 4: Get To Walking

If dropped at the junction before Trebujeni expect a 30 min walk, from Butaceni only 15 mins. At the end of the paved road at Butaceni there is a sign that points to which direction to walk (and a path), there’s also a small shop there too where you can buy snacks and drinks which is a good call to stop at because if you’re there in the dead as summer like me, you’re probably already sweating your arse off.

Follow the path that leads uphill onto the cliff to Orheiul Vechi.

This is a “new” orthodox church built in 1905. I first went and walked around the new church and then walked slightly downhill from the side of it and started walking back in the direction I had originally come from.

Step 6: Look For The Opening To The Cave

As a very nice dutchman at my hostel* said “It kinda looked like the entrance to an outdoor toilet“. Walk in, this is it! It’s kind of dark so take care walking down the staircase. The monastery is quite interesting considering the age of it and the fact that it’s in a cave.

Also, I’m from Alaska where there are very few super old constructions like this so pretty much if it’s more than 100 years old I think it’s pretty neat.

*Funny story about the hostel: I booked the room with A/C and it was pushing 40ºC in Chisinau and some asshat in the A/C dorm kept turning it off in the night and hiding the remote. It literally turned into an all out old man brawl in the dorm and is one of the funnier things I’ve witnessed. BTW: They had one dorm with A/C and one without, so why this guy booked the A/C room I’m still puzzled over to this day.

Step 7: Head On Back To Chisinau

You can easily head back to where the marshrutka dropped you off in Butaceni and wait to get picked up there, or if you wanna get some sun* and get a walk in, walk back toward the junction of the two roads and grab the marshrutka headed back to Chisinau from Trebujeni. You can’t mess this one up as the sign says Chisinau!

*By sun, I mean sunburn. If you’re here in summer it’ll be hot AF and you’ll likely get fried. Bring sunscreen.

Get off the beaten path in Moldova: The Transnistria travel guide

Other Important Things To Note About Visiting Oreheiul Vechi

Maps.me is a handy crowdsourced map app that can be downloaded on smartphones.

Lonely Planet Eastern Europe includes a chapter on Moldova travel that may come in handy for you. Alternatively, you can opt to download the Moldova chapter in ebook form.

Want To Avoid The Logistics & Headache? Book A Tour!

Alas, if you aren’t interested in visiting Oreheiul Vechi on your own, you can shop for different Orheiul Vechi tours here.

Where To Stay In Chisinau

Have Any Questions About Visiting Oreiul Vechi? 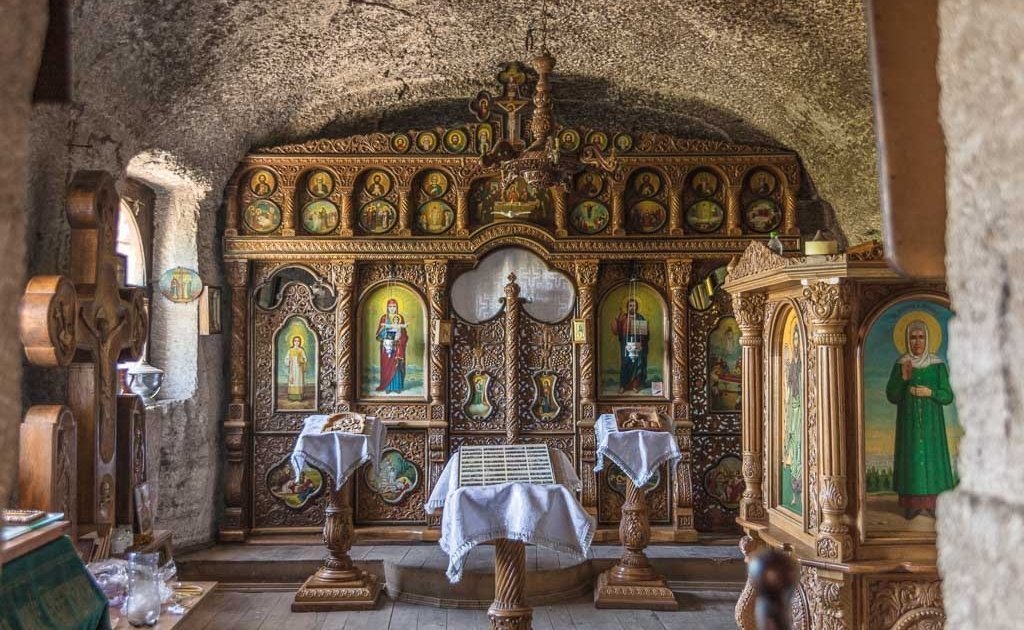 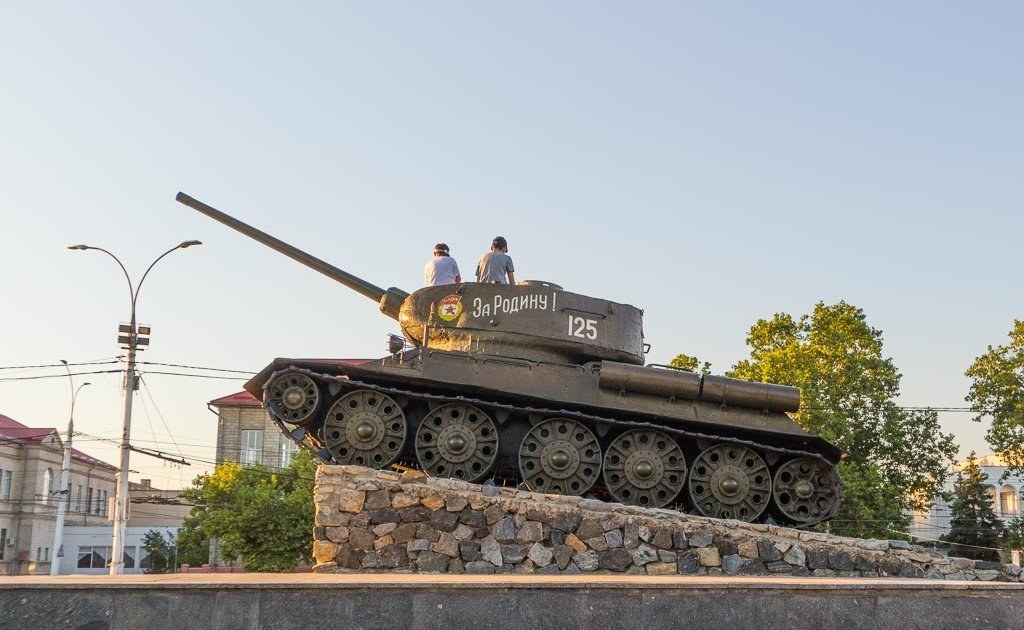 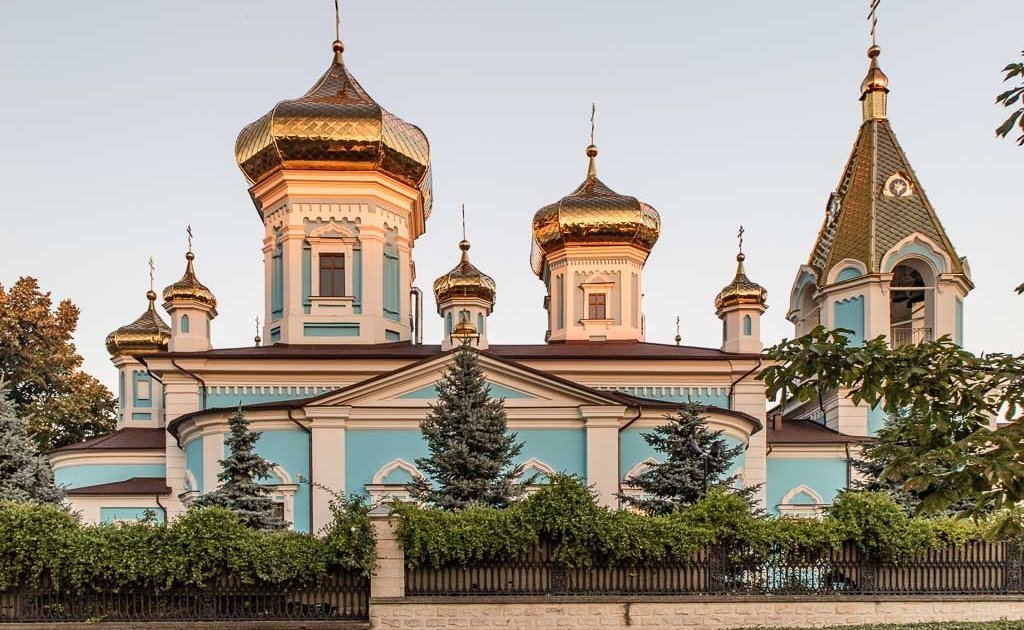 4 thoughts on “How To Get To Orheiul Vechi, Moldova”