Skip to content
Tweet
Share
Pin
3 Shares
Some posts on the Adventures of Nicole contain affiliate links to various products and services, meaning I may earn a small commission at no extra cost to you if you click or book via some of these links. Read up more on my disclaimer page.

Usually, before I’d leave for a trip I’d be excitedly talking about the upcoming festivities to my patients at work and my friends. I’m a dental (oral) hygienist and I have nothing better to do for the next hour while you sit there with your mouth wide open for an hour as I clean your fangs, than to tell you crazy travel stories.

Most people seem to enjoy it. Some even say they live vicariously through my stories. That is- until I decided to go to Yemen.

Most people looked at me like I was out of my fucking mind for even considering this alleged axis of evil as a destination.

My close friends and family just rolled with my decision. They trust my judgment.

I figured out real quick to not tell people I was going there, I’d skip over it and just tell them I was headed over to Sri Lanka and Maldives (which were my other stops on that particular trip). I also learned to really probe people to figure out whether or not I should tell them about my trip to Yemen after I had come home.

Then things changed. I lost my Grandma, who I was very close with just prior to going to Yemen. At that point, you sort of have this feeling like what more do you have to lose?

Nothing really was stopping me from going. And she’s the one who pointed out that if I felt it was safe enough at the time, that I needed to go. Despite the fact that I’d be going solo.

People thought I had a death-wish. And then good luck trying to tell them not only did I go to this hostile region of the world, but I also went there alone.

So when I do come across the odd-ball that looks at me without a look of disgust and judgment I get excited. They seem to get excited too because let’s face it. Who the fuck goes to Yemen anyway? And then a lot of them ask, well Why did you go to Yemen?

A few years ago I saw an online listicle of unusual places to visit. I never forgot Socotra Island, Yemen on that list.

I knew I had to go there. But I was in no position to really be going anywhere financially.

I probably had less than $500 to my name and needed $1,000 to fix something on my car: The Ye Olde Rustbucket. And was putting myself through university.

Fast forward a few years and I hadn’t forgotten Socotra or Yemen. I was in a position to travel. I had been to quite a bit of Europe at this point and some of Southeast Asia.

I owned a house, I had a good chunk of money in the bank and it was time to go somewhere new.

So there I was, planning the trip of a lifetime.  Places I had been dying to go: Yemen, Sri Lanka, and The Maldives.

‘The Most Alien-Looking Place on Earth’ and ‘The Pearl of the Indian Ocean” are two of the nicknames given to Socotra. Then seeing pictures of the capital of Yemen Sana’a had me entranced.

Sana’a is what you dream Arabian Nights to look like. That’s the type of place that had ‘me’ written all over it.

But it was curiosity about all of this that brought me to Yemen over anything else. Curious to see these places in person, curious to meet the people and to eat the food. Curious to see if it was actually as dangerous as the media will have you think.

Hardly Anyone One Goes to Yemen

That is alluring to me at least. I know it doesn’t make everyone else want to drop what they’re doing and head on over. Some of the least visited places I’d visited prior to Yemen were the most rewarding and full of some great people.

If hardly any travelers are going, that’s a place I want to go

You can probably thank my growing up in Alaska for that. I don’t want to go somewhere where there are a kabillion people.

That’s what drug me to literally what is fairly close to what is the furthest possible place I could get from home.

Yemen is at a crossroads. Many important events in Christianity and Islam took place here.

I’m not a religious person, but I still can appreciate the historical side of all of it. Yemenis claim the Queen of Sheba or Bilqis hailed from Yemen (so do the Ethiopians, who claim she’s from Ethiopia).

It was a major stop on trade routes. And Sana’a is one of the longest inhabited cities in the world! How cool is that?

Then there is the little known island of Socotra. They didn’t even use currency until the 1960’s.

If you watch the news all you think of when you imagine Yemen is Islamic extremists, Al-Qaeda members, boys slinging rifles around and a lot of goats.

Is this what the people of Yemen were like?

The one thing I have found traveling the world is that no matter where in the world you are: people are people.

Most people I met in Yemen were pleasant, friendly, and curious. Of course, people stared at me (even when I was wearing a thrown-together fake abaya to blend in when I was in mainland Yemen).

I don’t think it was starting to make me feel uncomfortable. I think it was the sheer curiosity of an outsider visiting their country.

Yemen is not full of wretched murderers and terrorists. Sure there are some of those assholes lurking around, but hey, guess what? They’re everywhere.

I live in Alaska and on paper, it is one of the most dangerous states in the USA.

Do I feel like I’m about to be killed at any given moment at home? No.

From my experience, Yemen is mostly full of friendly people, excited to have a visitor and more than willing to show you their home.

I don’t really feel like I should have write much here as the photographs can speak for themselves.

The Endemic Flora and Fauna of Socotra

Only the Galapagos, Hawaii, and New Caledonia have more endemic species than Socotra. This is how Socotra gained the title of ‘The most alien-looking place on Earth’.  Dragon Blood Trees, the Cucumber Tree, The Desert Rose… Just to name a few of its over 700 endemic species.

Food is a major draw for me anywhere I travel. I was excited to try foods I’d never heard of before. Thanks to the isolation Yemen has from the rest of the Arabian Peninsula and Socotra’s distance from anything else there is plenty of interesting foods to try.

In September of 2014, only 7 months after I departed the country, it began to quickly spiral out of control. It’s not somewhere to go right now due to regular attacks, frequent car bombings and Air raids being carried out by the KSA as well as Houthi Rebels.

However, at the time of my visiting the situation was relatively calm. 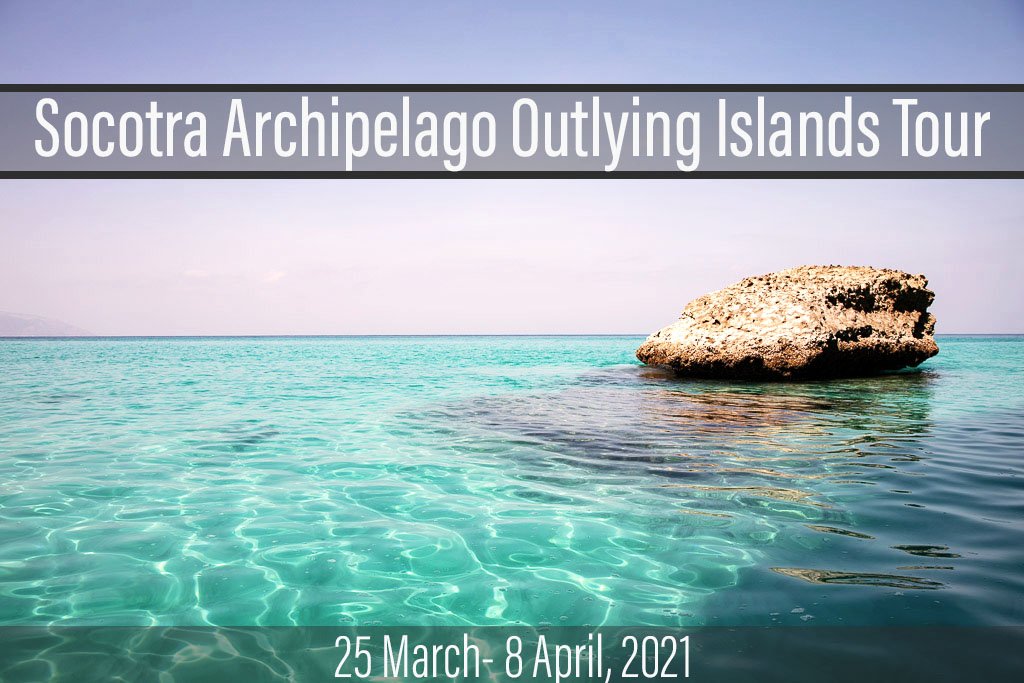 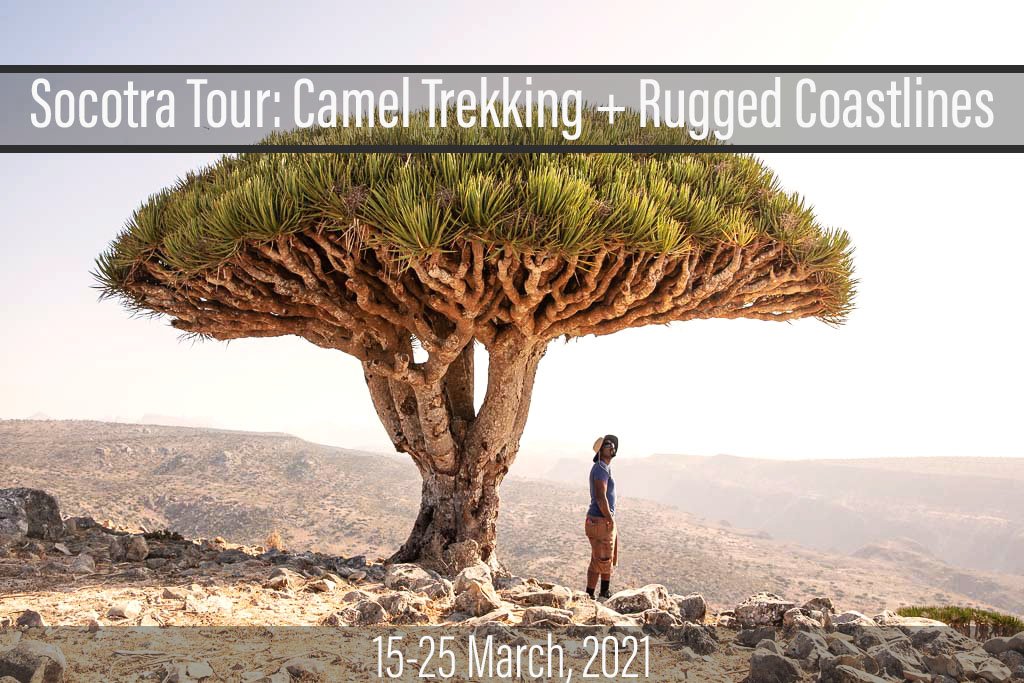