Skip to content
Tweet
Share
Pin
0 Shares
Some posts on the Adventures of Nicole contain affiliate links to various products and services, meaning I may earn a small commission at no extra cost to you if you click or book via some of these links. Read up more on my disclaimer page.

I visited The Ross Sea region of Antarctica on a semi-circumnavigation of the southern-most continent in partnership with Oceanwide Expeditions. Of course, all opinions are my own.

Welcome to the Earth’s southernmost navigable body of water, McMurdo Sound. Via the Haskell Strait, the Ross Sea is connected to the largest ice shelf in Antarctica, the Ross Ice Shelf.

Few adventurers make it to McMurdo Sound and the Ross Sea, this is about as off the beaten path as you can get on planet Earth. Those that do will be rewarded with chances to view abundant wildlife, sit in the shadows of Mt. Erebus- Antarctica’s second tallest mountain, and visit the largest and remote US scientific research base at McMurdo Station.

A Place Of Extremes

McMurdo Sound is probably one of the world’s most inhospitable destinations. Downright frigid katabatic winds tumble down from the Transantarctic Mountains that lie at the fringe of the Antarctic Plateau. These winds can bring the temperatures in McMurdo Sound to a blistering -51ºC. And let’s not forget that the circumpolar currents of the Southern Sea help to prevent the more temperate waters of the South Pacific and the South Atlantic Oceans from warming.

This severe weather and cold current combo guarantees that 90% of the shorelines typically at any given time are covered in fast ice. During the winter months of June, July, and August McMurdo sound is locked under about 3 meters of ice due to these extreme conditions.

McMurdo Sound was first discovered by Captain James Clark Ross in February of 1841 and named after Lieutenant Archibald McMurdo. Located in a strategic position, south of Antarctica and New Zealand, McMurdo Sound was visited often by Antarctic explorers. Ernest Shackleton and Robert Scott would both go onto build bases along McMurdo Sound in the 20th century, using the icy stretch of water as a staging point for South Pole expeditions.

Located on the southern tip of Ross Island, McMurdo Station is a United States Antarctic research station that is operated by the US Antarctic Program. It’s the largest human settlement in Antarctica with the ability to hold just over 1,250 people and is one of three year-round US Antarctic science facilities.

Observation hill sits atop the southernmost extremity of Ross Island, effectively separating McMurdo Station from Scott Base. Ob Hill, as the ‘locals’ call it, is a 230 meter high lava dome, offering great views across the Antarctic continent, thanks to the often clear skies around McMurdo Sound. Atop Ob Hill, you’ll find a 9-foot-tall wooden cross erected in honor of the last members of Robert Falcon Scott’s party, whose bodies lie encased within the Ross Ice Shelf.

Discovery Hut would go on to be used throughout several expeditions that took place between 1902 and 1917. After Shackleton left the hut in 1917, it sat untouched until 1956 when US expeditions during Operation Deep Freeze dug it out from snow and ice. The cold helped to preserve Discovery Hut and it’s contents, though the seal meat left behind in their does not smell pleasant.

Scott Base is the New Zealand Antarctic research facility, located at Pram Point on Ross Island, just on the opposite side of Ob Hill from McMurdo Station. The base houses 85 people during the summer season and a paltry 10-14 in the winter.

Located on the north shore of Cape Evans, toward the west of Ross Island sits Scott’s Terra Nova Hut. The hut was constructed in 1911, as Scott rejected the idea of reusing nearby Discovery Hut, a prefab construction, assembled in England before it made the journey down to Ross Island by ship. Significant effort was put into insulating Scott’s Hut, to make it warmer than Discovery, using layers of quilted seaweed and rubber ply.

A cross sits prominently outside Scott’s Hut constructed in memory of the three members of Shackleton’s Ross Sea Party, who died not far from here.

Similar to Discovery Hut, Scott’s Hut sat untouched until 1956 when it was rediscovered. Furthermore, Scott’s Hut is fairly well-preserved, owing to the fridge temperatures that plaque the area.

Mount Erebus is the second-tallest active volcano in Antarctica at a staggering 3,794 meters and the continent’s southernmost. Several expeditions have summited the volcano with an active lava lake at its apex. Mount Erebus is likely most famous as the site of the Mount Erebus Disaster when sightseeing flight Air New Zealand flight 901 in November 1979, killing all 237 passengers and 30 crew on board.

The three inactive volcanoes of Mount Terror, Mount Bird, and Mount Terra Nova rise from Ross Island in the shadows of Mount Erebus at 3,230 meters, 1,765 meters, and 2,130 meters respectively.

The Erebus Ice Tongue is a seaward extension of Erebus Glaciers as it tumbles down off of Mount Erebus and into McMurdo Sound. The ice tongue juts 11 kilometers into McMurdo Sound from near Cape Evans on Ross Island. The calm waters protected by Cape Evans and Cape Royds help to preserve the Erebus Ice Tongue that was formed by the rapidly flowing glacier ice stream of Erebus Glacier.

Built in 1908 during the Nimrod Expedition, 37 kilometers north of the previously built Discovery Hut located at Hut Point.

Shackleton’s Hut was designated a historic site, and in 2008 the hut was fully restored to its conditions at the time Ernest Shackleton and his party left it. Interestingly in 2006 five crates of McKinlay and Co. whisky were found buried under the hut.

Looking for inspiration? Check out 10 reasons to visit Antarctica

Located west of McMurdo Sound, the McMurdo Dry Valleys are one of the strangest places on Earth. Victoria Valley, Wright Valley, and Taylor Valley are the three main valleys, with McKelvey, Belham, Barwick, Alanta, Stuiver, Wall, Virginia, Priscu, Pearse, Miers, Garwood, and Marshall Valleys all comprising the smaller valleys of the area. These snow-free* valleys are some of the driest places you’ll find on Earth.

The McMurdo Dry Valleys are in a unique location that allows for them to be so dry. The Transantarctic Mountains that back the valleys prevent seaward-flowing ice from spilling down from the East Antarctic Ice Sheet and onward into the Ross Sea. The Dry Valleys receive about 100 millimeters of precipitation (snow) per year, but it is typically evaporated almost instantly by the dry winds that plague this region.

Probably the most well-known and most fascinating feature of the McMurdo Dry Valleys is the Blood Waterfall that spews from the side of Taylor Glacier in Taylor Valley.

*Usually snow-free. My friend Darrell Day was in Taylor Valley this past February of 2020 standing in a foot of snow in a place where it pretty much never snows.

Read more about the McMurdo Dry Valleys and my experience there

The McMurdo Ice Shelf is a portion of the Ross Ice Shelf, the largest ice shelf in Antarctica, bounded by Ross Island and McMurdo Sound to the north, Minna Bluff, White Island, and Black Island to the south, and the Transantarctic Mountains to the west.

Lying at the fringe of McMurdo Sound and Terranova Bay sits little Franklin Island, named after Arctic explorer Sir John Franklin and discovered by James Clark Ross in 1941. Franklin Island is the remnant of a shield volcano with its vent sunk off the east coast of the island.

Franklin Island is home to a large Adelie penguin colony, whose rookery is towered over by the looming cliff named Bernacchi Head.

Read up more on Franklin Island and its famous Adelie colony

Extending out from Scott the Scott Coast, just south of Zucchelli Station sit the Drygalski Ice Tongue stretching 70 kilometers into McMurdo Sound from David Glacier, located in the Prince Albert Mountains of Victoria Land. Named after German Professor Erich von Drygalski, a Prussian-born Antarctic explorer. The Drygalski Tongue is thought to be at least 4,000 years old.

Zucchelli Station, named after Mario Zucchelli, who served as the director of activities for the ENEA-Unità Tecnica Antartitide as part of the National Antarctic Research Program (Italian Antarctic Program) for 16 years. It’s an Italian research facility, set at the edge of the Gerlache Inlet on the shores of Terra Nova Bay, just north of McMurdo Sound. Zucchelli Station is only open seasonally from October to February every year.

Jang Bogo Station sits at the terminus of the Gerlache Inlet between Zucchelli and Gondwana Stations. It is a South Korean research station named after the eighth-century maritime ruler of Korea who controlled the Yellow Sea. Jang Bogo is a newer station, completed in 2014 with the capability to house 60 staff in summer and 15 in winter.

Sitting just north of both Zucchelli Station and Jang Bogo Station along the Gerlache Inlet at the fringe of the Transantarctic Mountains sits Germany’s Gondwana Station. The station was built in 1983 and is operated by the Federal Institute for Geosciences and Natural Resources. The base supports the GANOVEX (German Antarctic North Victoria Land Expedition) during expeditions.

How To Visit McMurdo Sound

Unless you score a job at one of the Antarctic Bases centered around McMurdo Sound (the odds are not in your favor), your most realistic option for visiting the Ross Sea is via a Ross Sea cruise.

Oceanwide Expeditions offers a Ross Sea Crossing (this is the actual trip I did) that takes you between New Zealand and Argentina on a semi-circumnavigation of the continent. Another advantage of this trip is that there are helicopters aboard the M/V Ortelius.

Have Any Questions About Visiting McMurdo Sound? 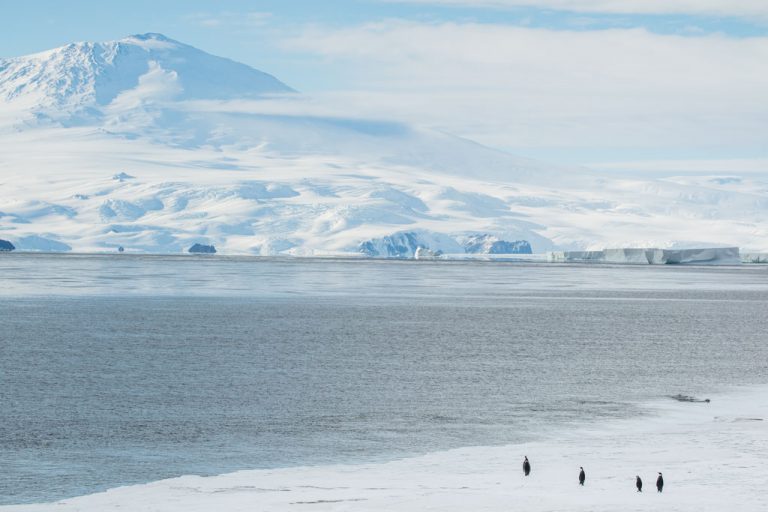 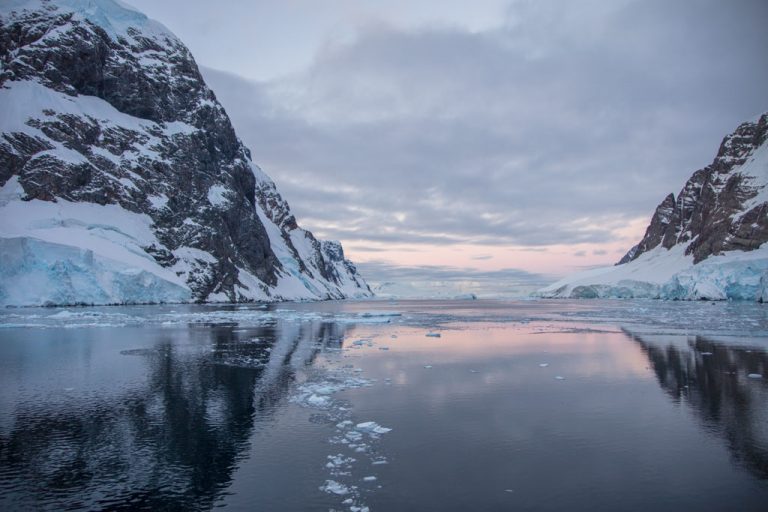 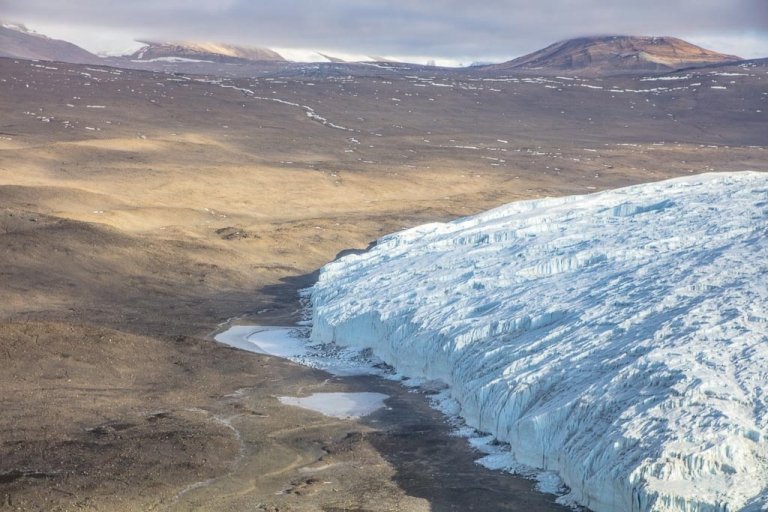 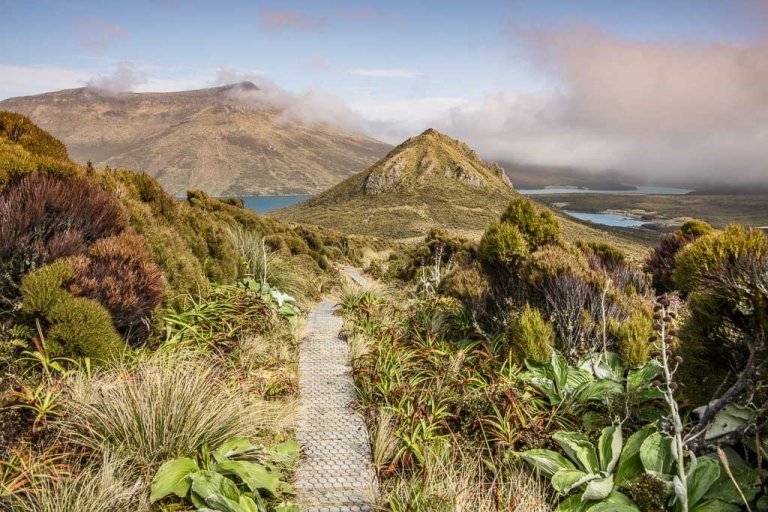 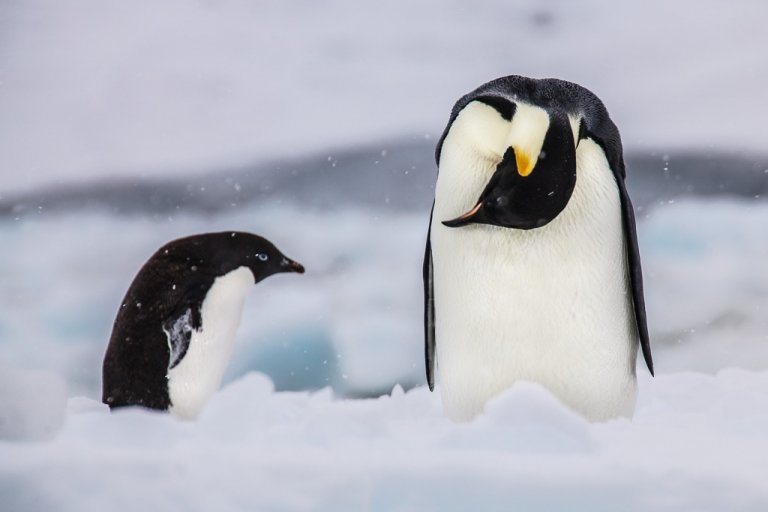 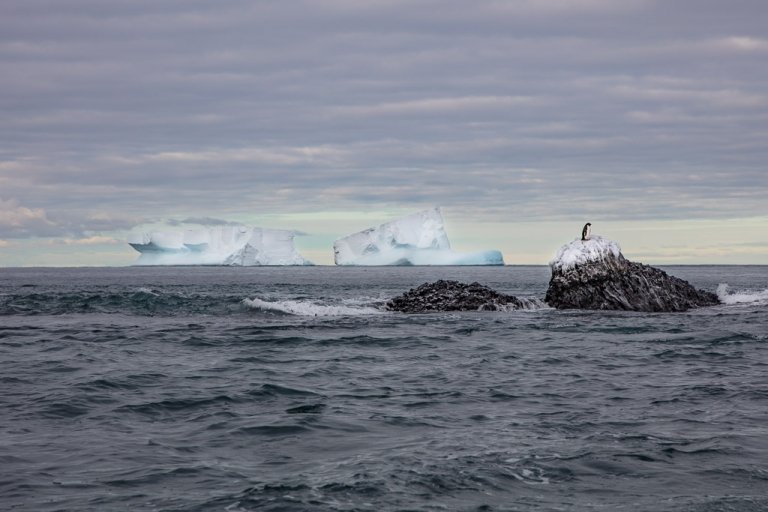 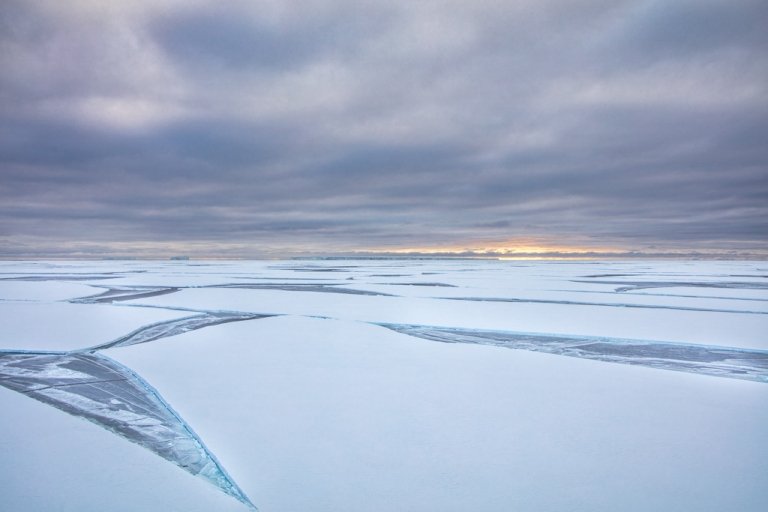 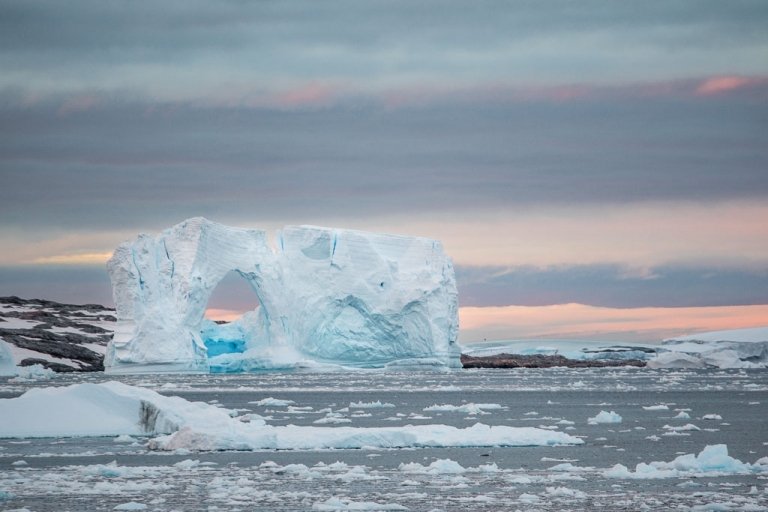 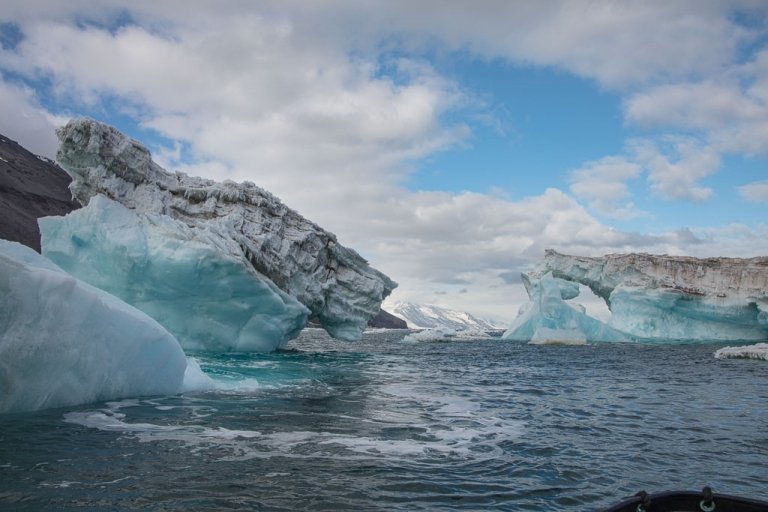 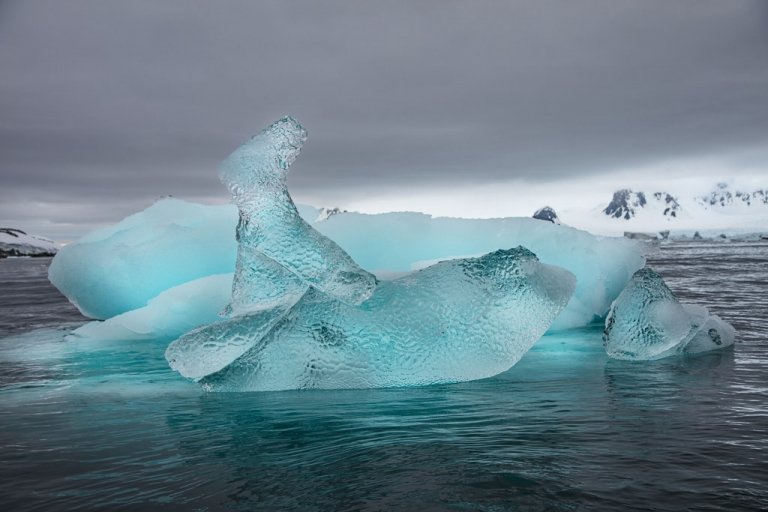