This post comes in partnership with Oceanwide Expeditions. I traveled onboard the M/V Ortelius as an independent media representative to Antarctica, all opinions are my own.

Franklin Island: Ice Glaced Volcanoes On The Fringe Of Antarctica

Along the most desolate stretches of Earth in the Ross Sea, just off the coast of Antarctica’s Victoria Land sits Franklin Island. An island so remote its location has never been properly mapped by GPS.

Franklin Island is more than the iced-over pile of volcanic rubble it looks as it first comes to view in the distance. It’s actually remnants of a shield volcano. In 1841 Sir James C. Ross discovered the island off the coast of Victoria Land, in an attempt to reach the south magnetic pole. After its discovery, Ross decided to name the island in honor of the Arctic explorer and governor of Tasmania (Van Diemen’s Land, at the time), John Franklin.

As we cruised up by zodiac to the island, Adelie penguins hopped stone to stone, Weddell seals sleepily yawned, and volcanic rocks iced like gingerbread houses under a looming Antarctic sky welcomed us as we zipped between rocky outcroppings near the southern edge of Franklin Island.

As we rounded the side of the island we hit the stench of Adelie guano. A scent that’ll make your nose hairs curl, a combination of all smells putrid that’ll wake you up quicker than 10 shots of espresso. But anyway, with tears in everyone’s eyes (from the stank, not the beauty… okay maybe a little because of the beauty) we approached the large Adelie colony on the southern beach of Franklin Island responsible for that smell.

As our nasal passages adjusted to the guano in the air everyone couldn’t help but notice the looming Bernacchi Head towering over the Adelie colony, striated in ice.

Bernacchi Head was named after Louis Bernacchi, a physicist, and astronomer best known for his involvement in explorations of Antarctica.

Upon stepping foot on the rocky, black beach of Franklin Island we were immediately met by a variety of seals barking and the squawking of the last few remaining penguins in one of the largest Adelie rookeries on Earth.

Arriving in the Antarctic Circle in late February meant many of the penguins had left the rookeries for the season. But even though most had left, Franklin Island was anything but desolate. It was teaming with life and sound from the late molting Adelie penguin chicks.

Check out 10 reasons you should visit the Ross Sea

As I walked around past penguin after penguin of the rookery I noticed an alarming amount of penguin chick carcasses lying in the beach rookery. I wasn’t alone in this observation, everyone else onshore from the Ortelius noticed it as well. Many questioned what was going on at Franklin Island and if this was a sign of the changing climate or illness affecting Adelies.

The reason for the staggering death toll? After asking expedition staff about all the carcasses, we came to learn that Mother Nature usually allows for Adelie parents to bring two chicks into the world, but takes one back before the change of season especially in times when food is scarce.

Only the strongest of the two chicks will survive in times of hardship. It’s a hard life out here for the Adelies.

Cheerful little Adelies hopped all along the beach, some in full-blown molt.

In order to build up enough fat to keep themselves alive while trapped on land, penguins will gorge on food in the weeks leading up to a molt. Penguins are forced to remain on land until their molt is complete. Losing their feathers mean they are no longer waterproof or as agile as swimmers they typically are.

The March Of The Adelies

After exploring the strange iced-volcanic landscapes of Franklin Island it was time to return back on board to continue the voyage further south to the southernmost reaches of the Ross Sea, McMurdo Sound. But not before a ‘March of the Adelies’ took place right in front of us. This was actually my first time visiting a penguin rookery, which was an experience all in itself, especially the smell.

Have Any Questions About Franklin Island? 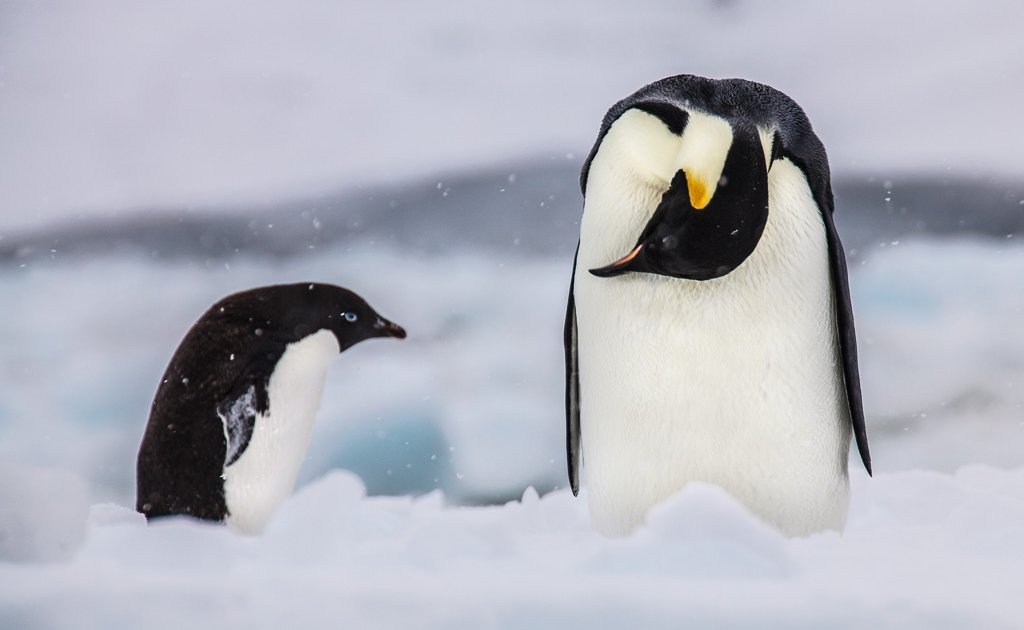 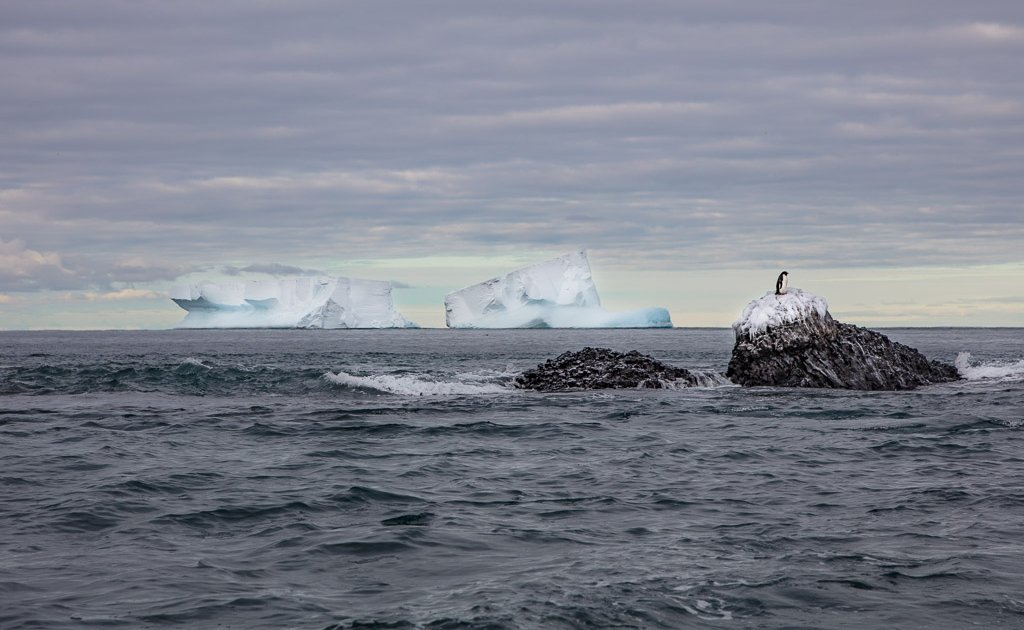 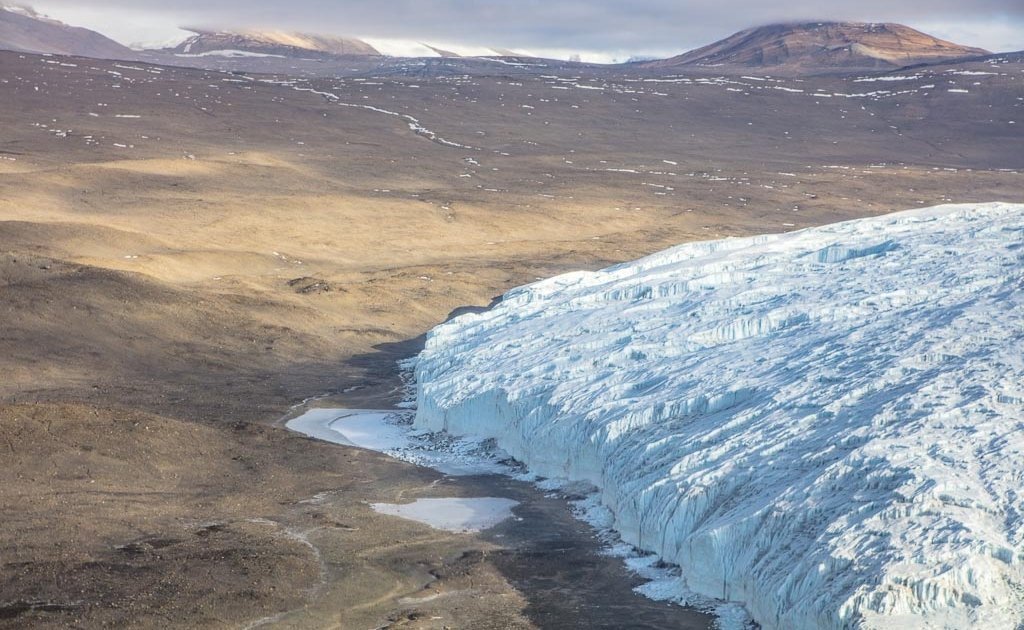 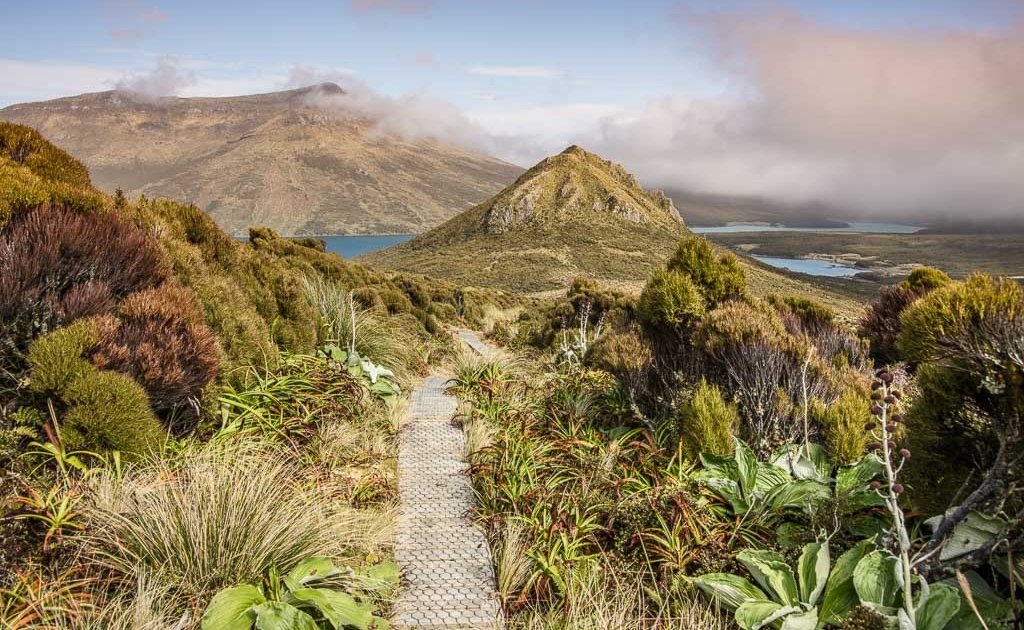 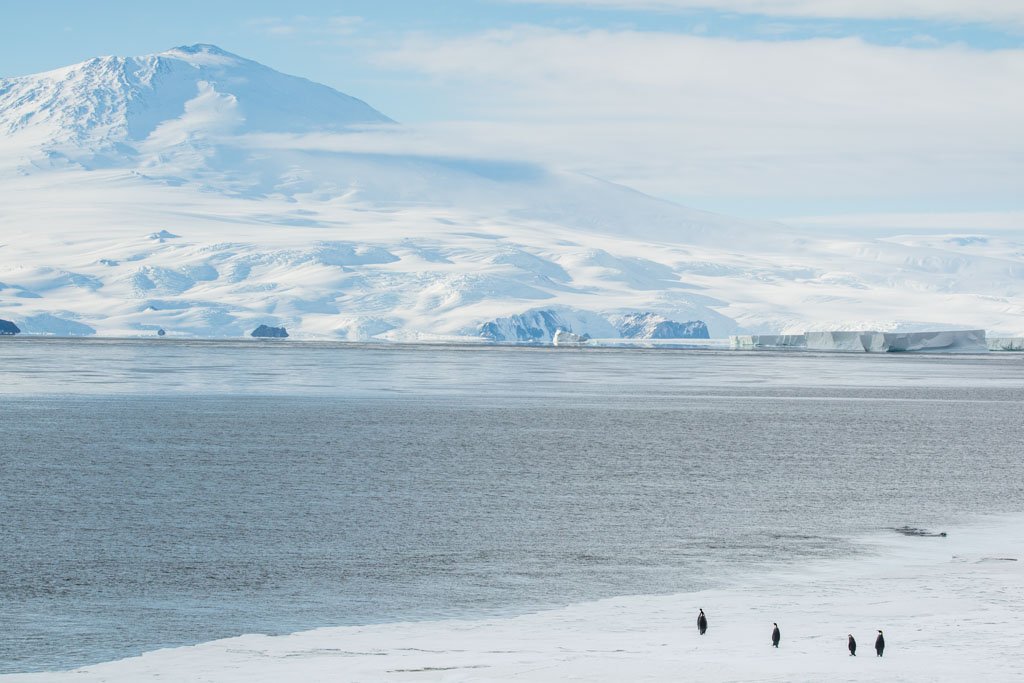 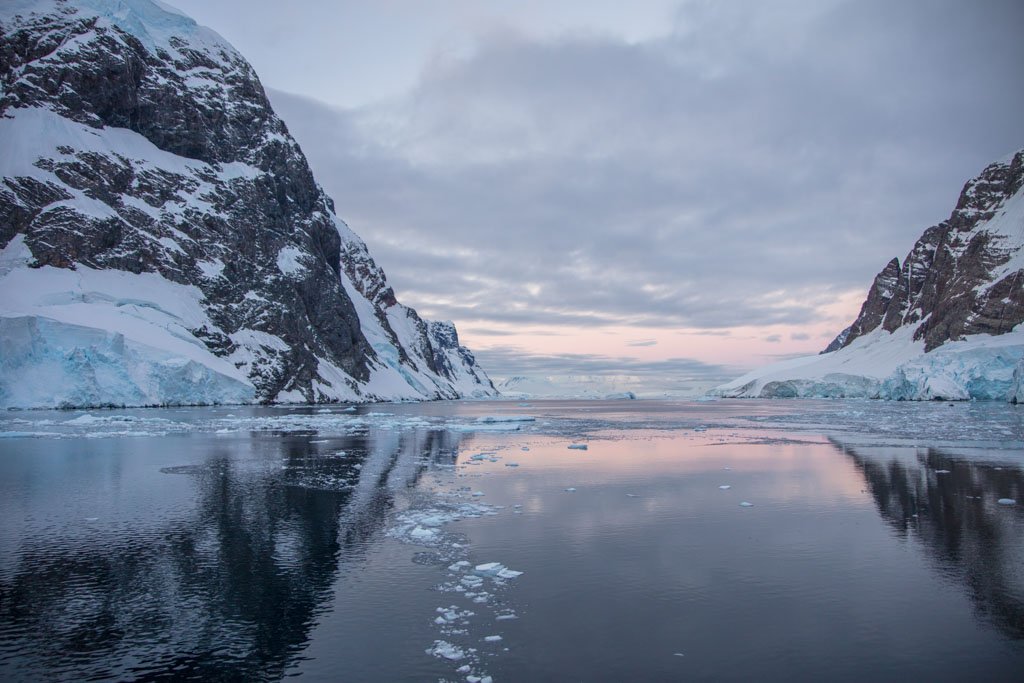 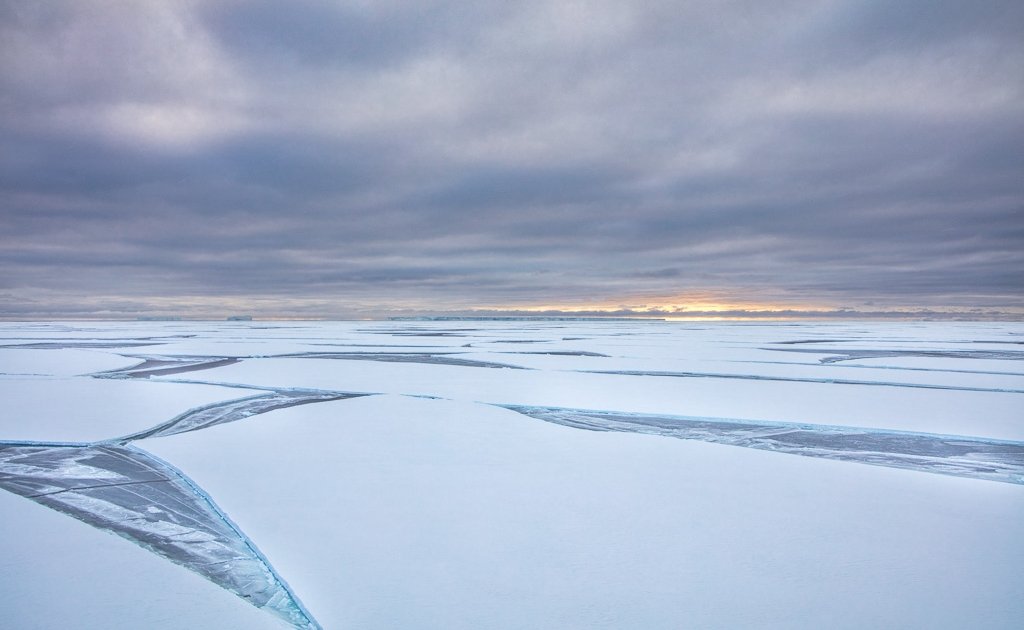 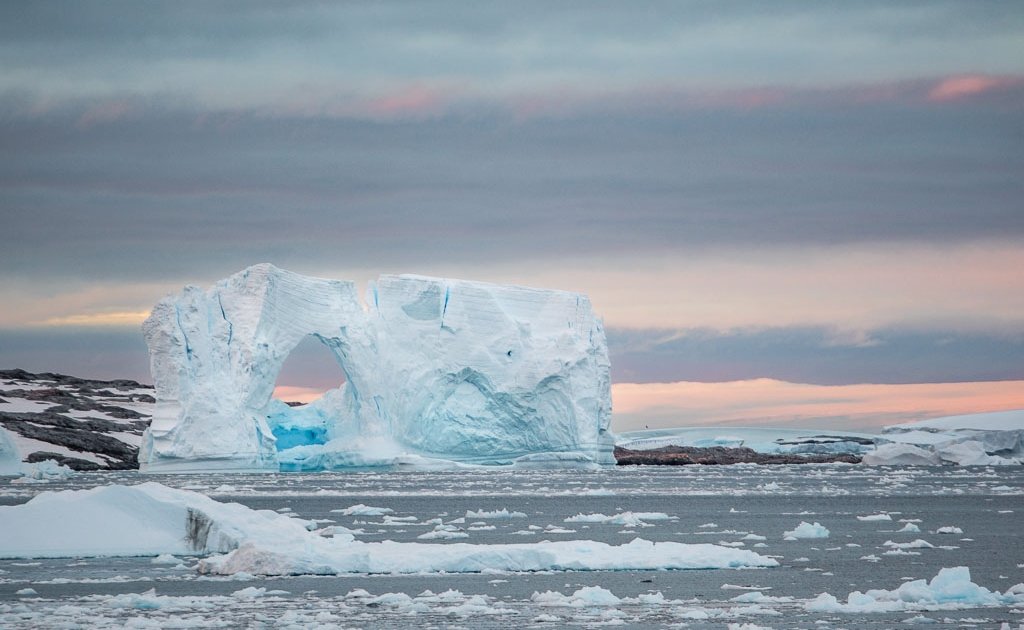 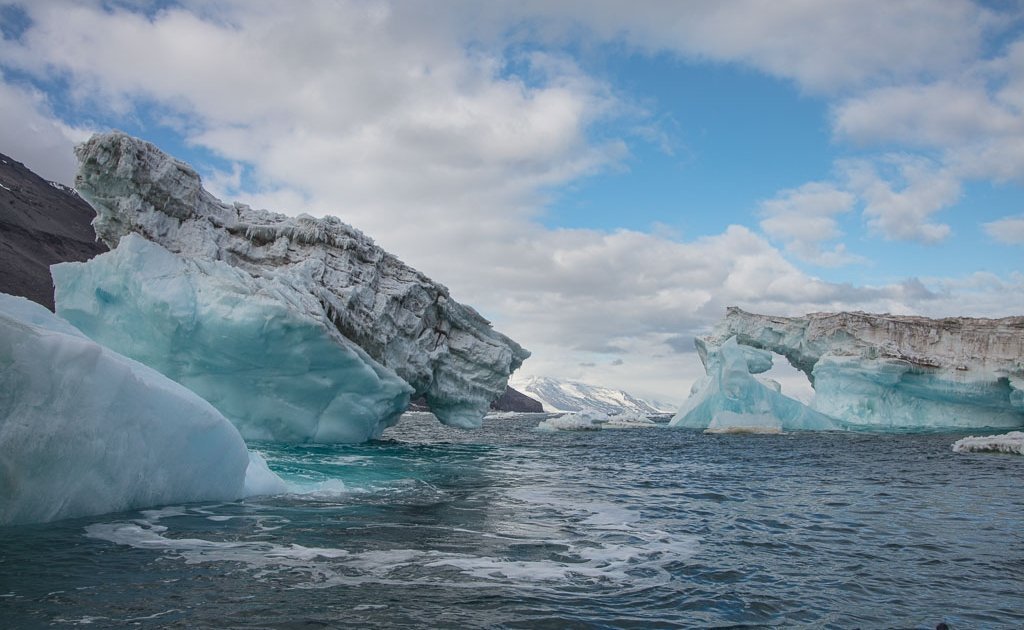 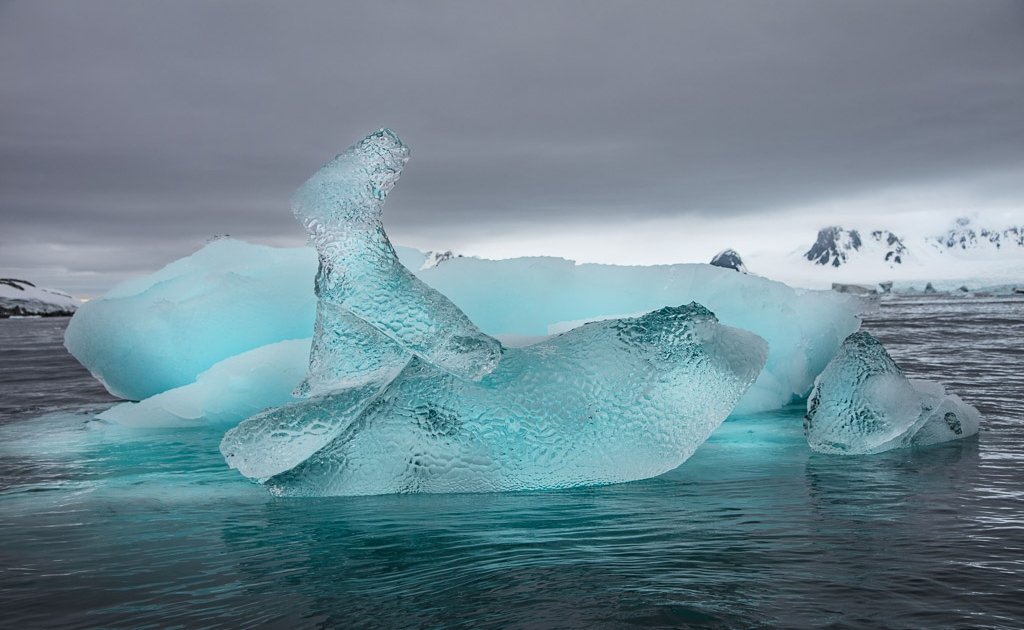